Make Your Own Daleks to Take Over the World With These Amazing Plans!

You know the Daleks? Those pesky cybernetic lifeforms from Doctor Who, which are supposed to be the epitome of living and cybernetic organisms? Well, apparently if you had written to the BBC in the 1970s or 1980s asking them information about how to build your own, they would have sent you these plans. 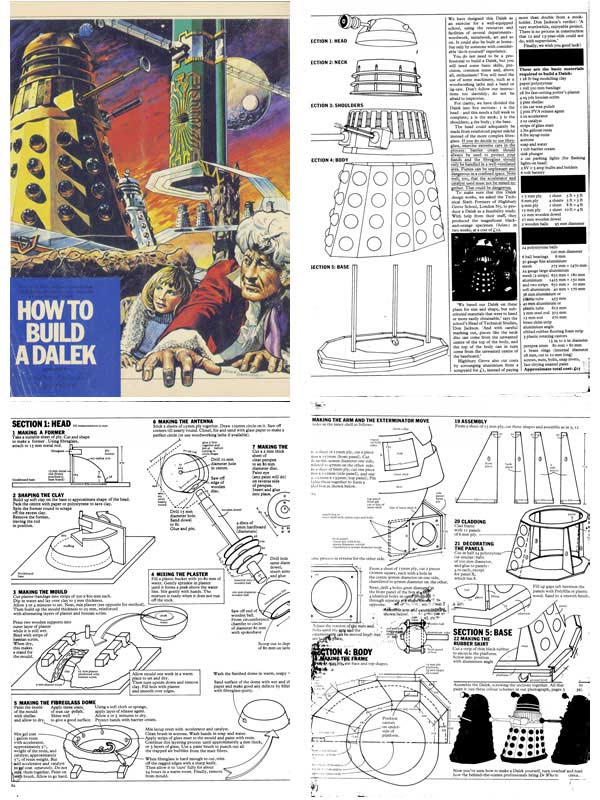 My only question is, would they have worked? Probably not, still it’s a great marketing ploy. I can already imagine kids everywhere trying to make their own Daleks to take over the world. 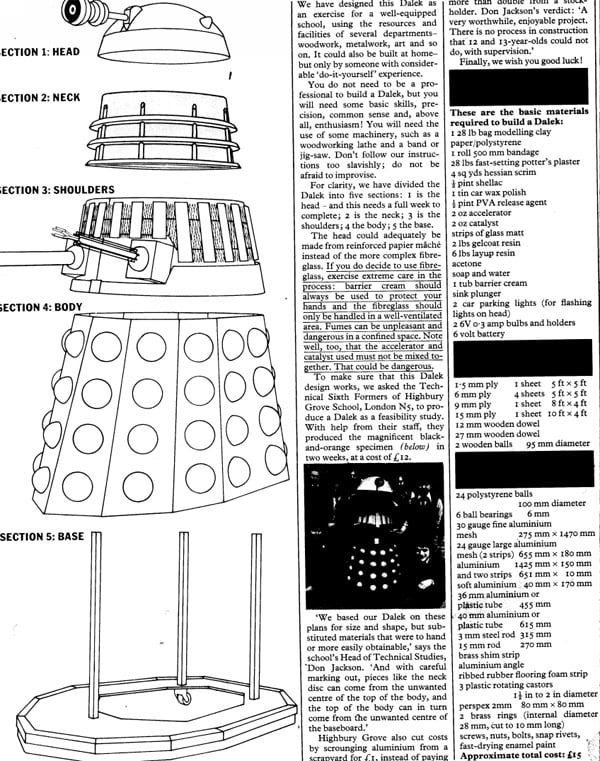 You can find more plans over at Tom Rathborne’s site. “Exterminate!”