Robocop’S Anatomy: Not a Lot of Meat, but a Lot of Robot

Ah, Robocop. Needless to say that I’ve watched the movie quite a few times and I found it interesting to see that someone had done an illustration of what the insides of Robocop might actually look like. 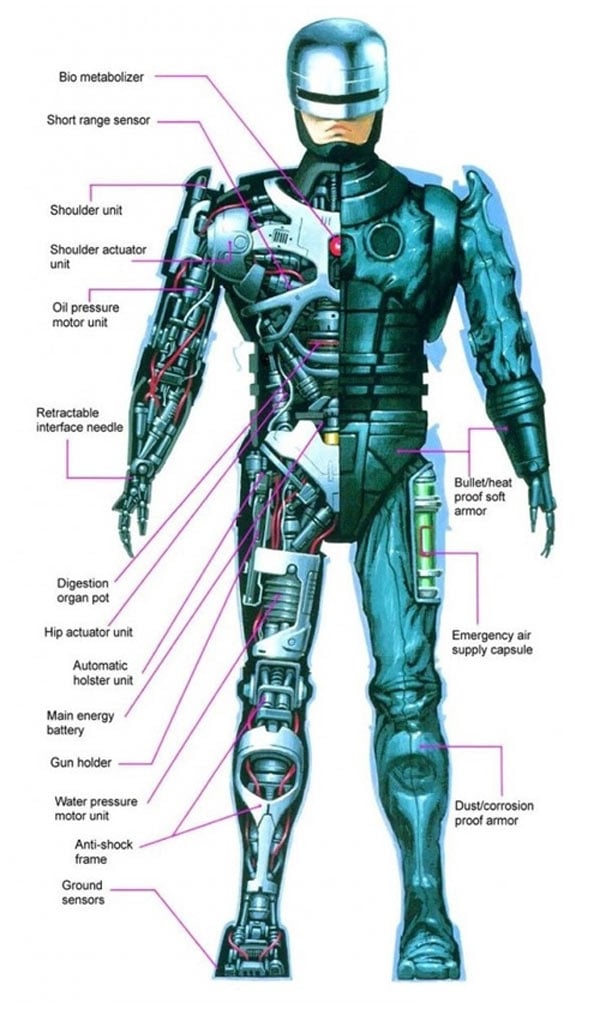 You’ll probably remember that Robocop was dismembered quite a few times in the movies. It always messed him up, but he was able to come back and beat the bad guys, with his gun that holstered so coolly in his thigh. 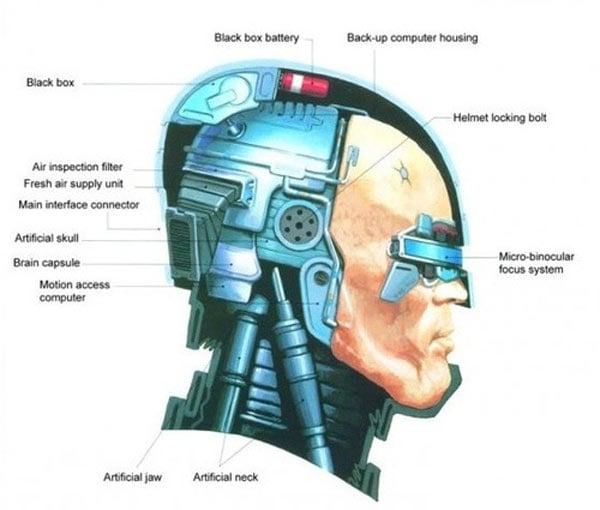 He’s one heavy cyborg that doesn’t have much meat on his metal bones. From the looks of things, he’s definitely more robot than Murphy. It’s not like Peter Weller was the most expressive actor anyhow.