I have to say that I’m actually a big fan of the recent trend of automakers bringing back the classic muscle cars of my childhood. One of the better looking retro-modern muscle cars is the Chevy Camaro that played a major role in Transformers. Now, you can own a tiny version of this year’s Camaro to replace your desktop PC. 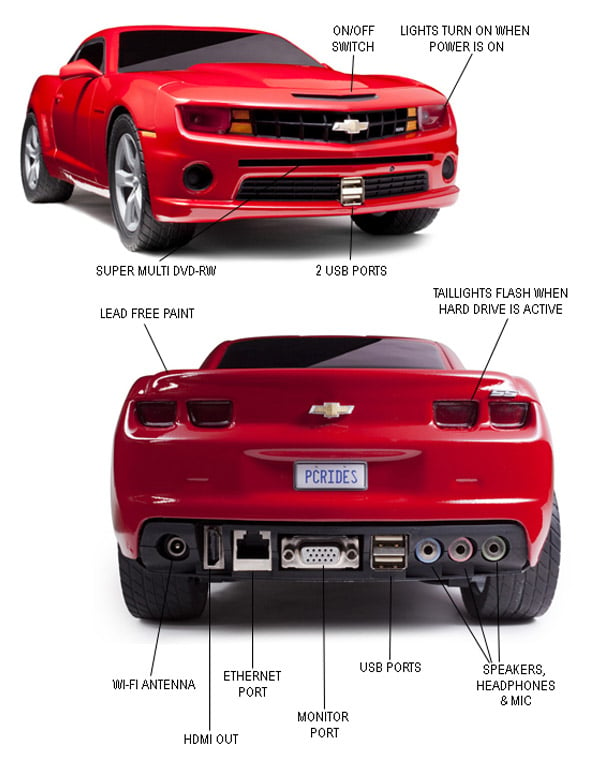 Chevrolet’s Camaro Computer measures about 20-inches long, and is powered by a dual-core Atom N330 CPU, and an nVidia ION graphics chip under the hood (or maybe in the trunk, I can’t tell for sure.) While it’s probably plenty fast for most things, I prefer the model with the 6.2-liter 426-hp V8.The sub-sub-compact version includes a 500GB hard drive, can handle up to 8GB of RAM, and gets much better gas mileage than an actual Camaro – so it’s got that going for it. There’s also built in 802.11 b/g/n Wi-Fi, and an HDMI ouput. While the Victory Red model looks pretty slick, it’s available in 7 other colors including  Aqua Blue, Black, Cyber Gray, Inferno Orange, Silver Ice, Summit White, and Rally Yellow (also known as “Bumblebee Yellow”.) 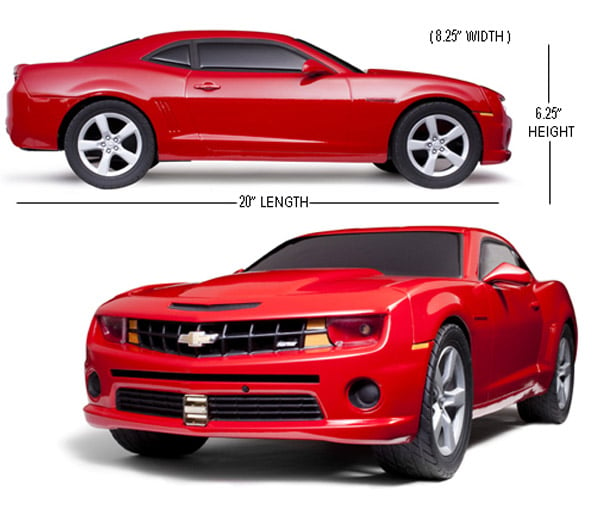 You can drive the Camaro PC off the lot at the Chevymall today. Prices start at a rather steep $1239 (USD), but to put it in perspective, you could buy a fleet of more than 20 of these for less than an actual Camaro. But despite the subject matter of this humble blog, if you’re buying a gift for me, I’d rather have the car.