The new stadium that the Dallas Cowboys plays in here in Texas has a gigantic video screen hanging from the ceiling and the thing is awesomely huge. There are other massive video walls in use around the country in stadiums and other places where many people congregate to watch sports. Now, the Charlotte Motor Speedway is getting the world’s largest video wall thanks to Panasonic. 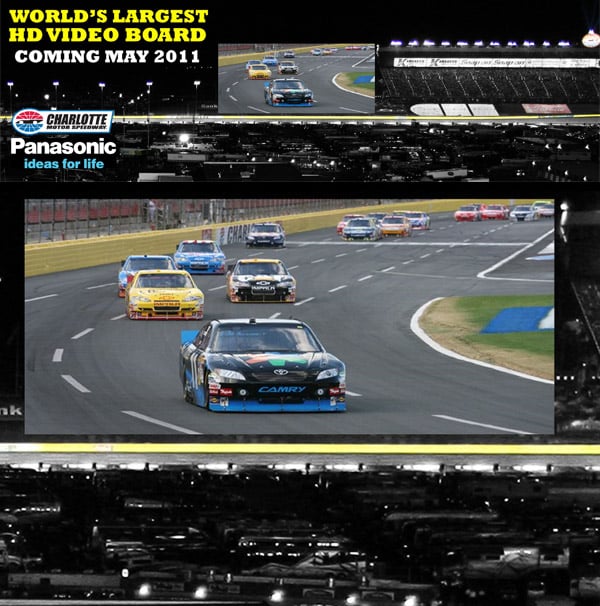 The massive video wall will sit between turns two and three and is designed to be viewed by spectators sitting in the turn four to turn one area of the track. It’s hard to fathom how massive the screen will be when finished. It will cover 16,000 square feet, which is larger than the grocery store up the street from me.

The behemoth will measure 200-feet wide by 80-feet tall and weigh 165,000 pounds. It will offer a 720p resolution image produced by 9 million LEDs. I don’t even want to think how much power the beast will draw. It will be used for all sorts of coverage of races and interactive content with construction starting next month and finishing in April 2011.