Solitaire on a diet of sugar and acid. That’s the best way to describe Awesome Solitaire, the iPhone & iPod Touch timewaster. It’s biggest draw? Slick visuals – it has a “gyroscope-powered parallax starfield background” – and Guitar Hero-like encouragements whenever you make a good move. 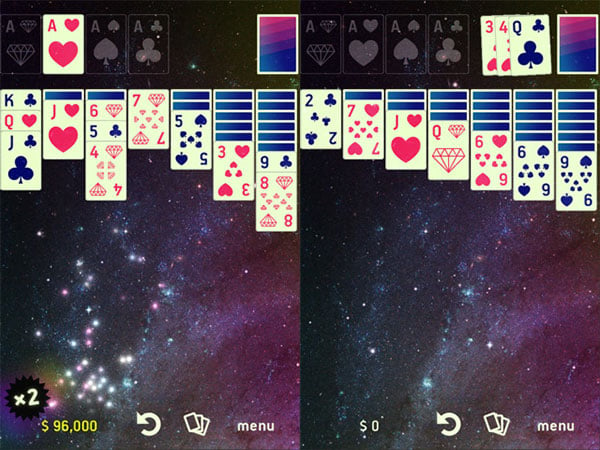 Here’s the game in action, complete with appropriately weird and enthusiastic Japanese music. According to Switched, there’s no accompanying music while you’re playing the game, which is practical but kinda disappointing. Something to look forward to in Awesome Solitaire 2 I guess.

Mercifully, the game also has a ‘Mundane’ mode, in case you want your Solitaire served calmly. As with all apps, you can download it at the iTunes Store (link opens iTunes) for just $1 (USD).