You know all is right with the world when geeks have a competition specifically for DIY dragsters that are powered by power tools. Tim Allen must be so proud. The annual competition in the UK is called the Power Tool Drag Racing Championships. 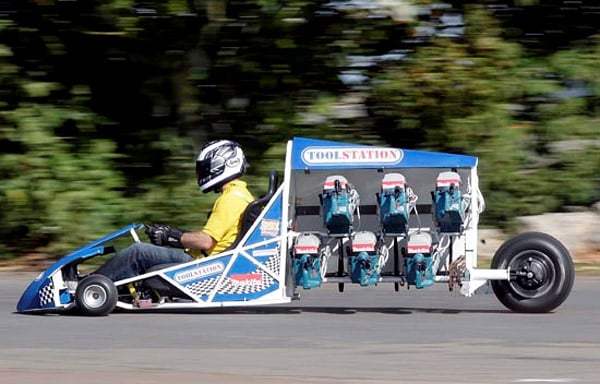 The mini dragsters can hit speeds up to 70 mph on a 320-foot drag strip. The big rule is that power has to come from some sort of tool like a blower, chainsaw, or in the case of Barry Lee six big ass circle saws. 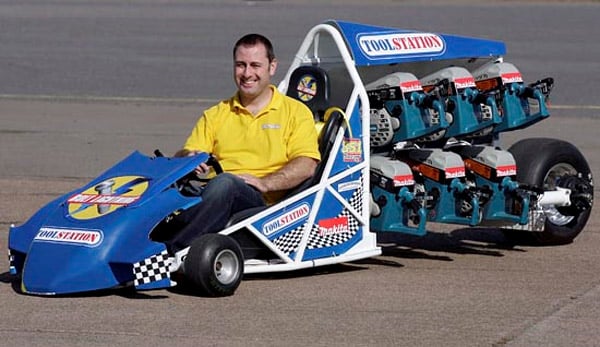 Lee used six 16-inch Makita circular saws to power his dragster. Lee says the thing worked better than expected in testing, but declined to give a top speed keeping something back for the competition. This thing must make a horrible racket as it rips down the track.