London-based graphic designer Aled Lewis does a bit of drawing on the side, and when he does he says he likes to create stuff that make people laugh. His geeky art certainly does that. Take the piece below for example, which Lewis calls ‘Battle 101’: 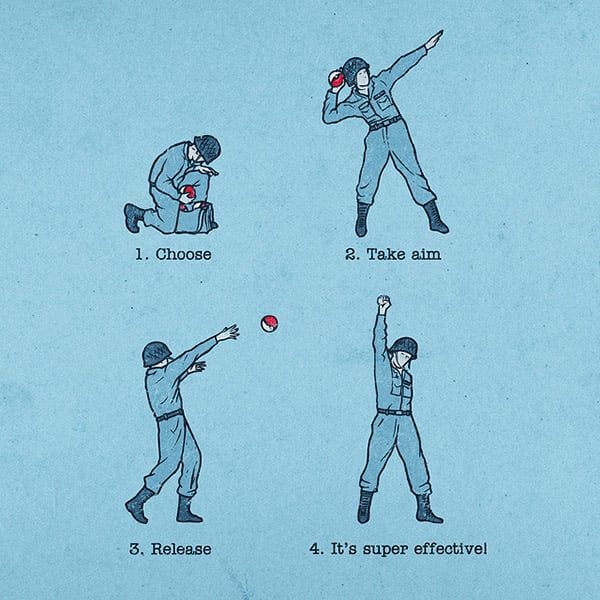 If you lobbed a Wailord directly at your enemy, it really will be super effective. Here’s more of Lewis’ other funny pieces. You’ll notice that he loves making characters from related genres meet. The Tetris final boss is hilarious. 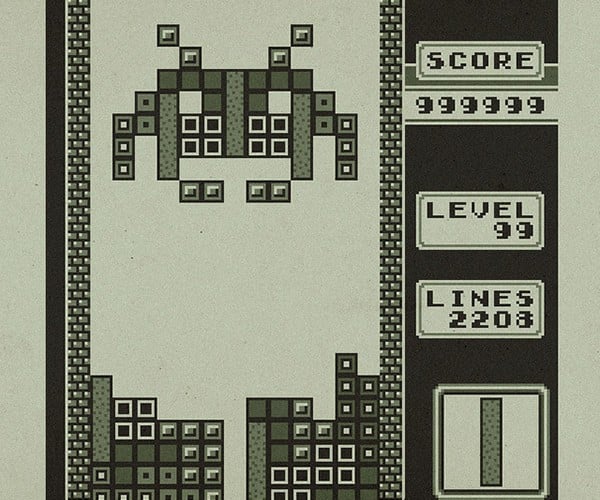 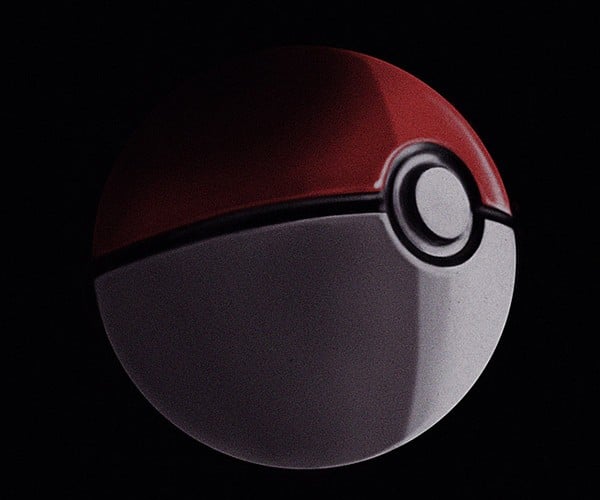 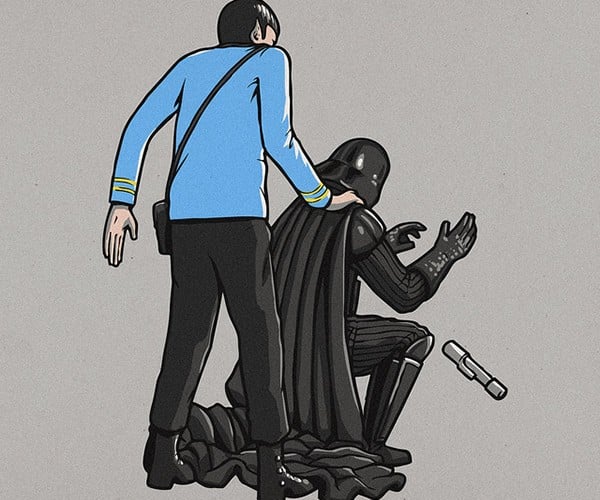 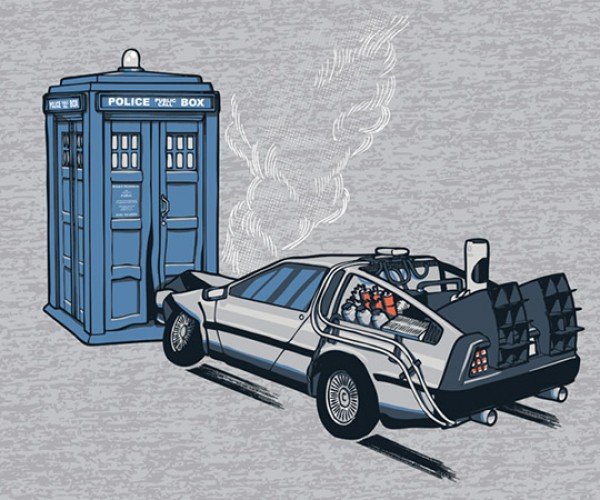 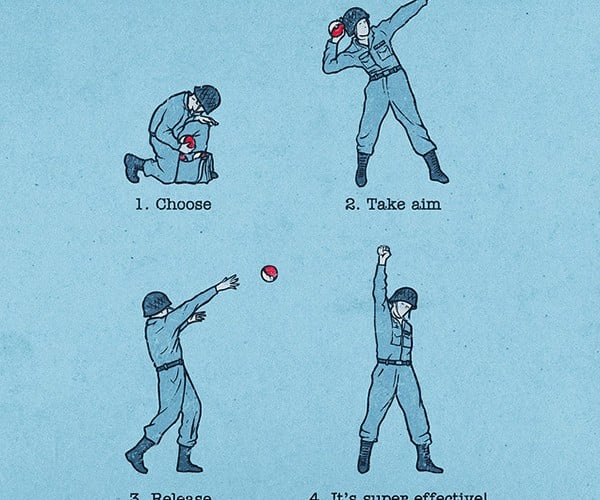 You can find more of Lewis’ art on his Flickr page and on his website. The awesome Dr. Who/Back to the Future crossover “It Came Out Of Nowhere” is also available as a shirt at Woot for $15 (USD).