The success that Apple has had with the iPad means that just about every maker of gadgets out there that can build a tablet wants one on the market. The latest iPad competitor to land is from RIM and is called the Blackberry PlayBook. I can’t decide if it’s a bag of fail or has a chance, I suspect fail, given the success rate of tablets other than the iPad, but who knows for sure? 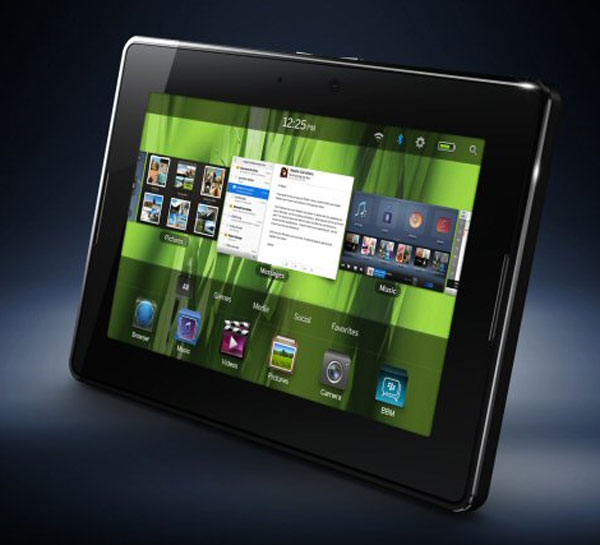 The Playbook is described as a professional-grade tablet and promises power and performance for the web. The tablet has a 7-inch screen that is high resolution and uses a 1GHz dual-core processor. The thing runs BlackBerry’s proprietary Tablet OS and supports HTML5, Adobe Flash 10.1, Adobe AIR and Java apps.

The tablet can pair with Blackberry smartphones and is ready out of the box for Blackberry Enterprise Server use. The screen resolution is 1024 x 600 and it has 1GB of RAM. Other features include a 3MP front camera and 5MP rear with 1080p HD video recording. It also has an HDMI output, 802.11 a/b/g/n WiFi, Bluetooth, and more.

Availability is set for early 2011 at an undisclosed price. Both 3G and 4G versions of the PlayBook will be offered at some point.