Anime fans know that what we know as Voltron is actually a mish mash of different animes. The first and perhaps most famous season featured five robot lions that combined to form (say it with me!) VOLTRON: DEFENDER OF THE UNIVERSE. That season was based on the anime Beast King GoLion. But whatever we call it, a robot made of five lions is universally awesome, and naturally, so will a 24-inch action figure of said robot. 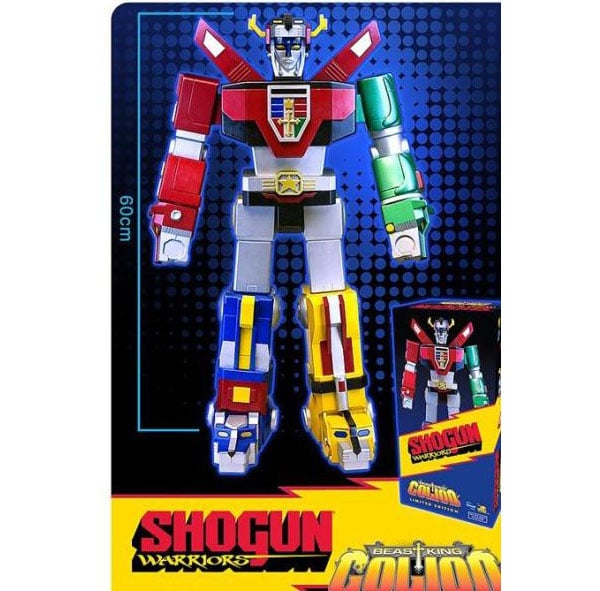 In case you’re wondering if this is a legit release, Toyark also spotted GoLion defending the San Diego Comic-Con: 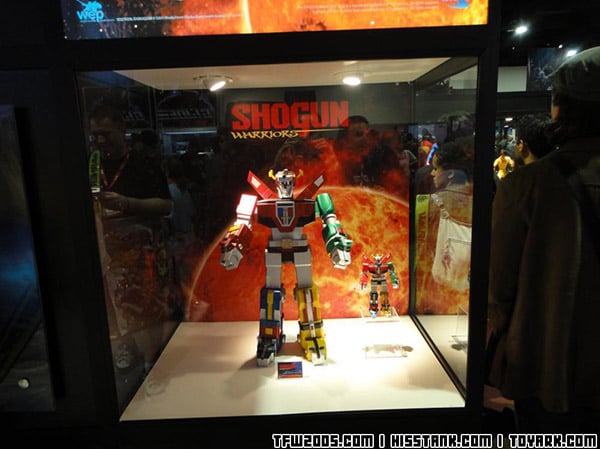 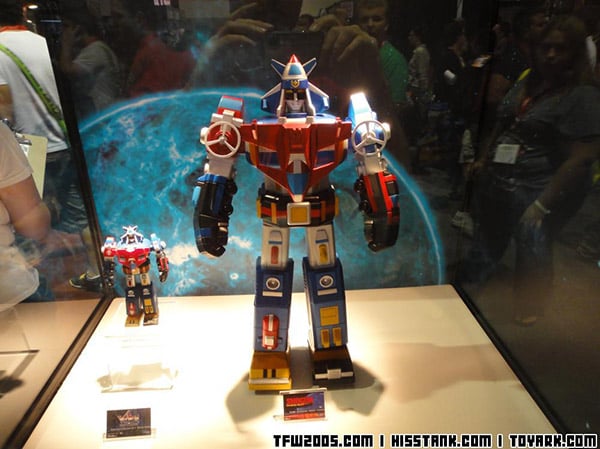 AFD XV looks a lot more detailed than GoLion don’t you think? I’m not sure if it’s already available for pre-order though. But I do know that several stores are already taking pre-orders for the Beast King GoLion Shogun Warriors action figure. You can reserve it at Big Bad Toy Store for $230 (USD). Only 500 of this bad ass action figure will be made, so better secure yours now.