Move Over Sci-Fi, Robot Exoskeletons Are Coming Thanks to Raytheon

Ah Raytheon, just the name scares some guys silly. Raytheon is a defense contractor and they’ve released some new information and videos of their new exoskeleton called the XOS 2. And no, this isn’t science-fiction. 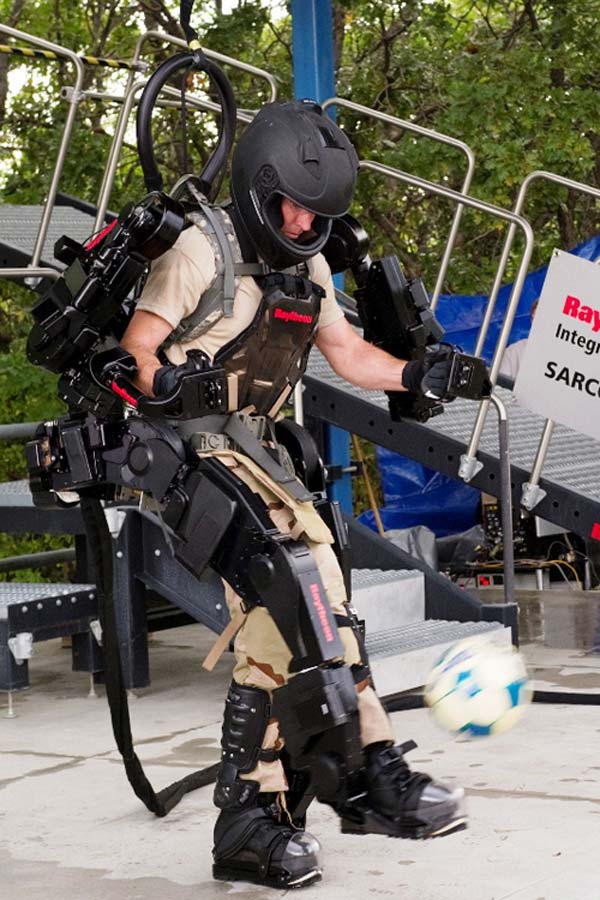 This is the closest that anyone has come to a fully functioning military exoskeleton. The goal is to create an sort of Iron Man suit. Raytheon believes that the tethered version of the XOS 2 will be on the battlefield within 5 years. A non-tethered version will be available in 8 to 10 years.

The main use would be either directly on the battlefield, with the combat variant XOS, or for logistics to transport heavy items. The XOS is a lot smaller than a crane or loader, and as long as Skynet never comes online, it’ll probably be used for more good than evil.