I like the idea of 3D in my home and on my computer, but I refuse to pay a premium for the feature, and then have to wear those stupid glasses. We all know that the tech needed for 3D with no glasses is in development, and for the most part the manufacturers are using the early systems’ need for active glasses as a way to make more money. You would think that the hoards of people not adopting 3D tech would be a hint to these makers that no matter how many products you flood the market with, the fundamental flaw with 3D today remains. 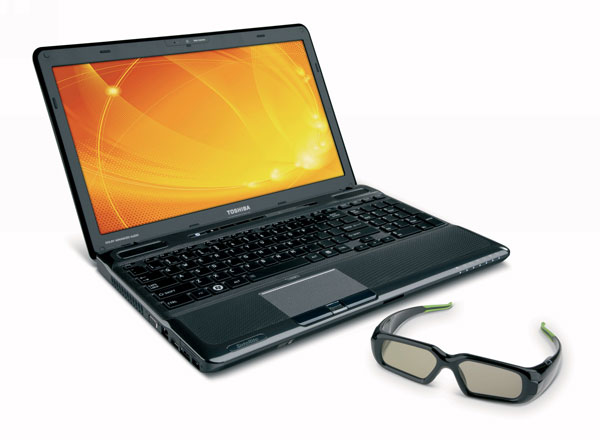 Toshiba doesn’t let that fact stop it from making all sorts of 3D products like the Satellite A665-3D laptop that is set to launch next month. The notebook has a 3D screen that is 15.6-inches wide and has HDMI 1.4 output to send that 3D to your TV. The notebook uses NVIDIA 3D Vision technology and only comes with a single pair of glasses, so you’ll have to pony up extra dough if you want anyone else to see the 3D.