I’m not sure which market this limited edition Iron Man Mark V briefcase replica is targeting. On the one hand, it’s good for cosplays, and as a toy maybe, especially since the gadget that it’s referencing is perhaps one of the coolest things we’ve seen in sci-fi movies. On the other hand, its interior has been made for serious briefcase usage. The interior is real leather, it has sensible pockets, and it’s even lined with a rubber seal for added protection. Seriously, look at it: 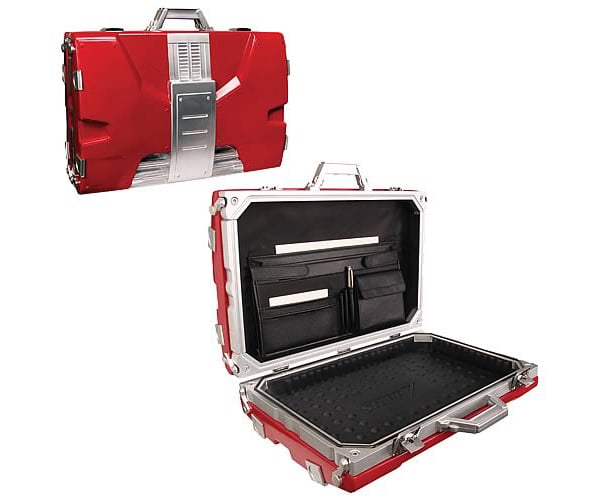 What self-respecting businessman would use this as an actual briefcase? Unless you’re in the business of selling geeky replicas, I don’t see how one can seriously lug this around and retain dignity at the same time. But as I said, it does make for a unique accessory for cosplaying. Imagine just wearing a swanky suit or tux to the next Comic Con, and when someone asks you who you’re supposed to be, show ’em the suitcase. Stuff this jacket inside for added laughs.

Unfortunately, you’ll have to have the funds of Tony Stark to consider buying this replica just for the occasional convention; Entertainment Earth is selling ’em for $460 (USD) each. It’s limited to just 1,000 units, but it’s still too expensive if you ask me.