We all know the little green smiling robot that is the Android mascot. The thing turns up everywhere today. Android has made it as an OS and is now turning up in all sorts of places that Google probably never expected when it started working on Android to begin with. 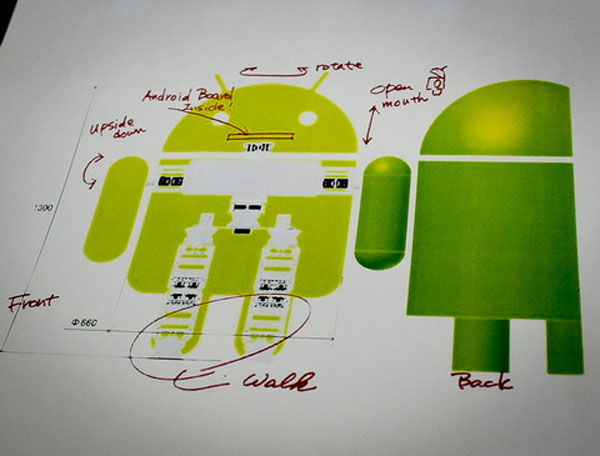 A couple of Japanese companies have teamed up to build a life-size version of the Android mascot and called it RIC Android. The companies are RT Corp, a company that is into custom robot development and Brilliant Service, an Android software developer.

RT Corp actually built the physical robot, while Brilliant Service worked on the software and logic end to control all the hardware.

The finished product reminds me a bit of that ride in R2-D2 that I mentioned a couple of days ago – except that there isn’t an actual human inside of this droid.