Official Moleskine Covers for the iPhone and iPad: for Contemporary Digital-Analog Nomads Only

It took a while for Moleskine to release their official iPhone and iPad covers, but they finally have announced them. Until now, only the Kindle Moleskine cover was available. Now, Mac addicts everywhere will be able to Moleskine their devices. 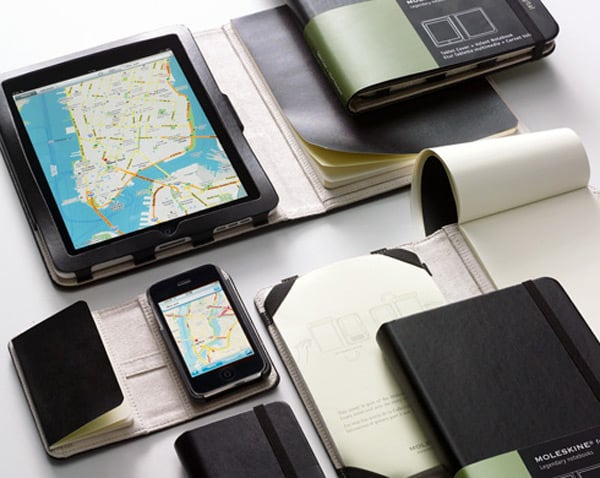 These great covers include some sheets of paper to make some handy notes. They were initially conceived as an “analog-digital ultra-portable workstation for contemporary nomads”. Yeah, right. Seems like a gadget case with a notepad to me. I think that Moleskine realized that many people were hacking Moleskine notebooks to make their own covers, that they just decided to cash in and release their own product.

Luckily, I love Moleskines and I have to say that this is an attractive cover. They should be available for pre-order soon on Amazon.