I’ll never understand why people need to make slow stuff go really fast. If you want to go fast, you should just buy a jetcar or something like that. Then you’d be going really fast. Ah well, jetcars… They aren’t yet available for us mere mortals. Well, even if he’d like to have a jetcar, Bobby Cleveland decided to make his lawnmower go incredibly fast instead. 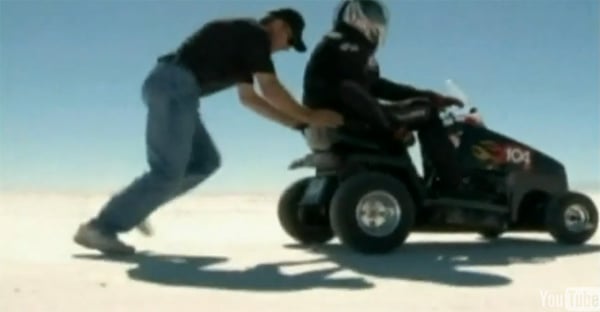 He’s actually broke the world record with his speedy lawnmower. Here’s a video clip showing Bobby’s power-mower in action as it sets a new speed record of 96.529mph at Utah’s Bonneville Salt Flats.