Scientists Discover a Real-Life Pac-Man: It Died From a Power Pellet Overdose

Nope, that’s definitely not true. This sculpture comes via DeviantART user Kalapusa. His Pac-Man isn’t really adorable or cute. It’s kind of freaky-looking to be honest, kind of like a floating rat of some sort with an insatiable hunger. Hm, sounds like a potential nightmare or horror flick. 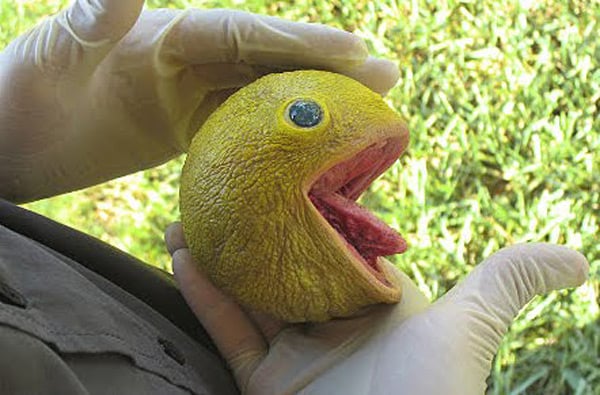 These sculptures were rendered in clay and painted with acrylics. Then, they were sealed in resin. Kalapusa calls his Pac Man Pakku Rotundus. I’m pretty glad that he planned on making them look like preserved specimens in formaldehyde, because I wouldn’t want to meet Pakku if it were alive. 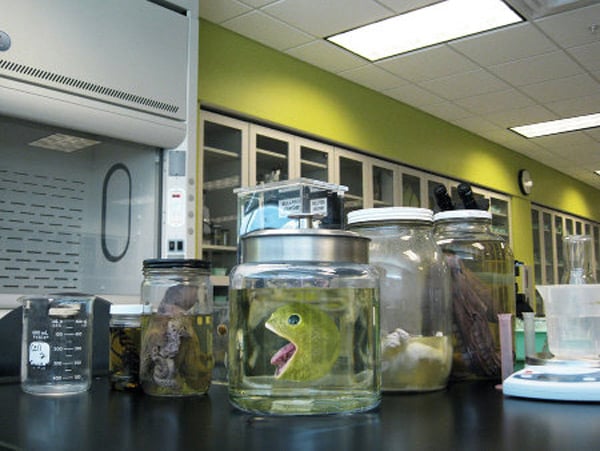 I can already imagine a B-series horror movie with Pakku going at it, preferably somewhere in Japan. Wait a minute, wasn’t there already a movie about this?