Even if it becomes a real product, the Aphelion concept alarm clock just might be too clever and wicked to sell. It’s not especially loud, and it doesn’t move around while it rings. What it does is launch a ball, and it won’t stop ringing until the ball is returned to its saddle. 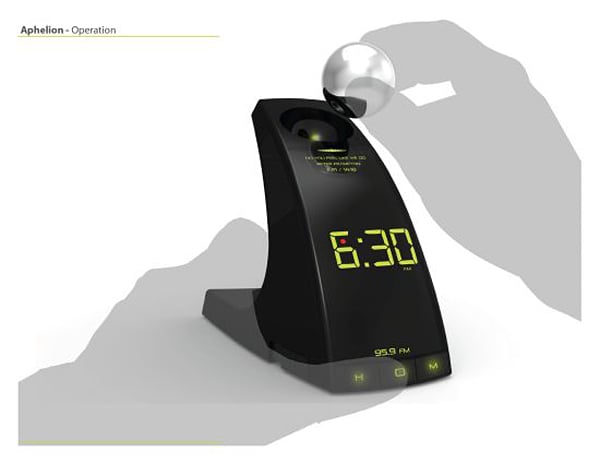 If you have a large or messy bedroom, good luck finding that ball in a half-awake state. Or maybe you can jam something else in the saddle to shut the thing up. Ha! Then again, this is just a concept, so there’s still some time to patch up that loophole. 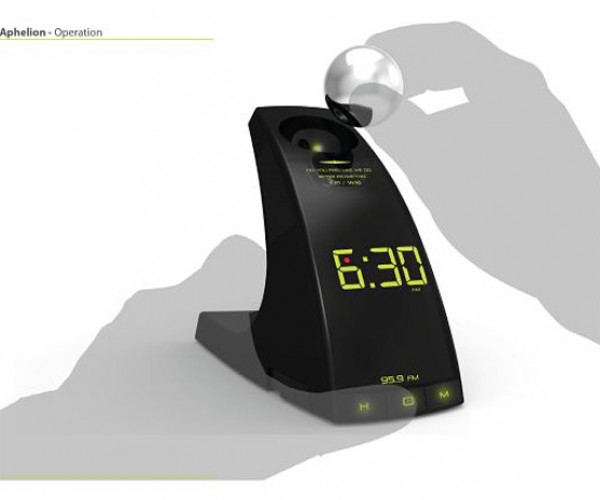 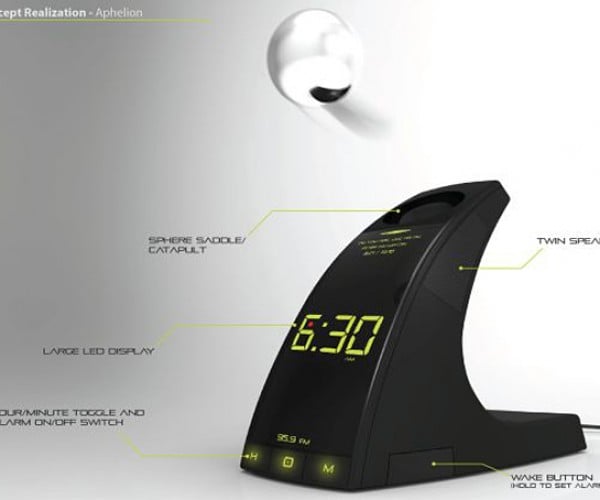 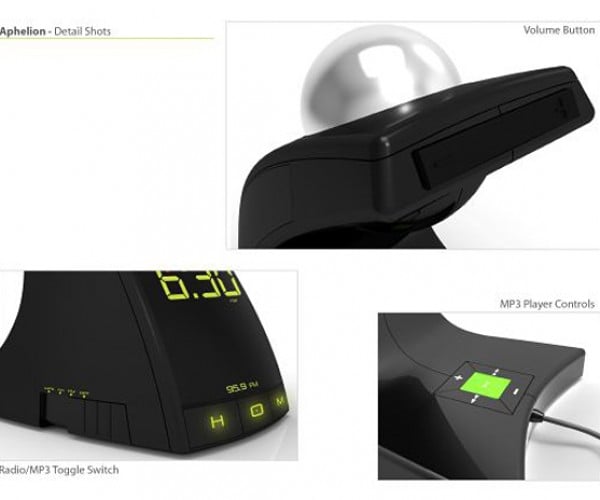 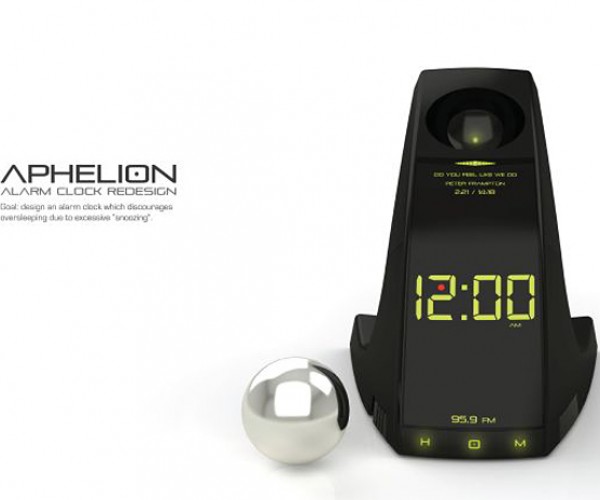 If I had this alarm clock, I’d just smash it to bits when it rings. Then I’d go back to sleep.

[via The Design Blog via Shiny Shiny]