The Borg have Assimilated This Car

I only have one question: why would the Borg bother to assimilate an old car? Does it have some hive-mind abilities that we don’t know about? I don’t know and I don’t think it matters, but Craig Smith has definitely modified his car in an unusual fashion. 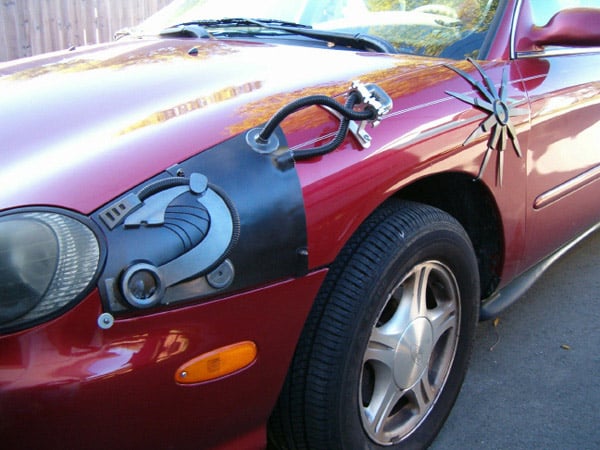 He started the assimilation of his car by cutting and forming plastic sheets. He mentions that these mods are securely fastened to the car using brackets and screws, so they won’t fall off on the road, at least at sub-Warp speeds.

He actually wants the complete front quarter of the car to be assimilated, and plans on adding green LED lighting at some point. I wonder if he’ll get stopped by the cops for violations when he’s driving his car around.

Go figure that Craig’s Borg car mod happened while his wife was away for the weekend. He could always just say that he didn’t have anything to do with it, and put the blame on Seven of Nine, Locutus or the Borg Queen.