If you’re a fan of Doctor Who and happen to have a Nintendo DS, you’re in luck. This new case for the DS not only comes emblazoned with imagery from the latest season of the Doctor (including Matt Smith, the 11th Doctor, surrounded by Daleks) but it comes with a handy stylus based on the Doc’s Sonic Screwdriver. 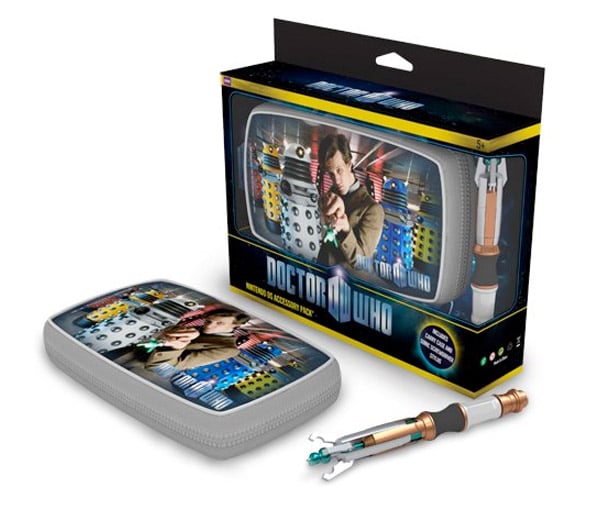 No word on whether or not this Sonic Screwdriver can open any locks or repair equipment, but it can definitely be used to play games. I can’t figure out which DS model the case is designed for, but since it’s a padded zip case design, I’m betting you could squeeze in a DS, DS Lite or DSi – but if you’ve got a DSi XL, you’ll be out of luck.