While I think it’s really cool that someone made a duct tape/sharpie AT-AT, I find it a bit ridiculous that it’s currently being sold on eBay with a starting bid of $400. Still, it’s an AT-AT made out of duct tape, so I can’t complain too much. 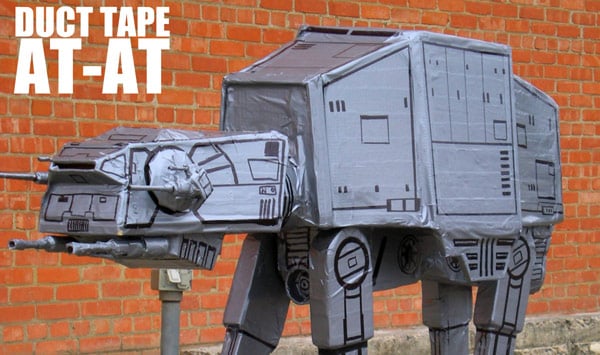 This model is 4 feet tall and 5 feet long. This papercraft AT-AT is 1/20th the size of a full-sized AT-AT, the so-called Imperial Walkers from Star Wars. What’s that? Did I just see that shipping this thing will cost over $200? 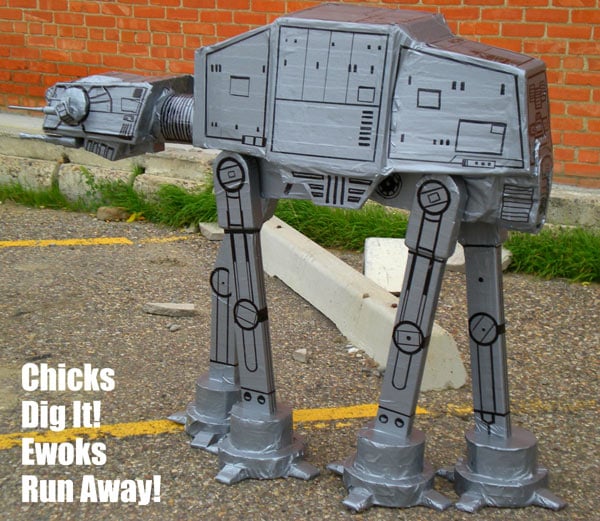 Komanac used wood, cardboard, duct tape, and Sharpies to make this model. It took several rolls of tape and between 30 to 40 hours to create. It was made for an art show in Alberta, Canada.

[via Boing Boing via Make:]