To celebrate the 17th anniversary of the 3DO, Panasonic is getting back into the video game business. Just kidding about the 3DO part, but who knows. What’s true is that the company is working on Panasonic Cloud Entertainment, a platform with an emphasis on online gaming and cloud-based media. The first device for this platform is called the Jungle, a portable system that’s loaded with controls. 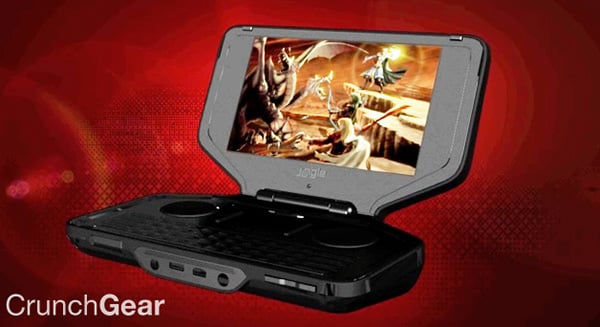 As CrunchGear has pointed out, the Jungle is equipped with at least a keyboard and a touchpad. I’m not sure if both of the circular shapes on either side of the touchpad are directional pads, but at least the one on the left is indeed a d-pad, as shown in Gizmodo’s exclusive image. We can see shoulder buttons in there as well. 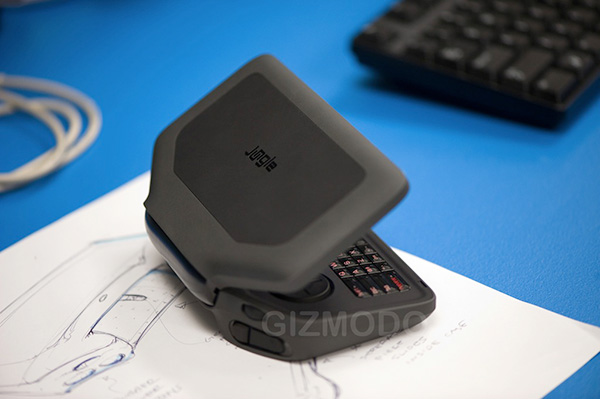 There’s no mention if the screen is a touchscreen, but apparently it displays HD, and when it was tested by a few people at PAX they were very impressed with its quality. Look at the first picture and you’ll see that the Jungle does have a mini-HDMI port, so I guess that’s a yes on the HD screen. Here’s the very ugly and vague teaser for the Jungle:

Currently, only one game has been officially announced for the handheld – Battlestar Galactica Online.

I hate teasers like that, because they barely give any indication of the game’s quality. So all we know is that players will be have the option to play as a Cylon. Those two videos – as well as a third that introduces a weekly show by Machinima – can be found on the handheld’s official website, and there’s literally nothing else on there at the moment.

I am quite curious though about the possibility of playing MMOs on a handheld. Will we see separate versions of popular MMOs? Perhaps there’ll be a complementary version with limited functionality, similar to WoW’s Mobile Armory for iOS devices? Or, since we’re just speculating, could full versions of MMOs make it to the Jungle? What do you guys think?