Xkcd’S Updated Map of Online Communities: Farmville is Going to Take Over

The webcomic xkcd has just released a new version of the map of online communities. The word is that Farmville is taking over more and more of the world. Well, maybe not, but seriously, Facebook is taking up a lot of space. 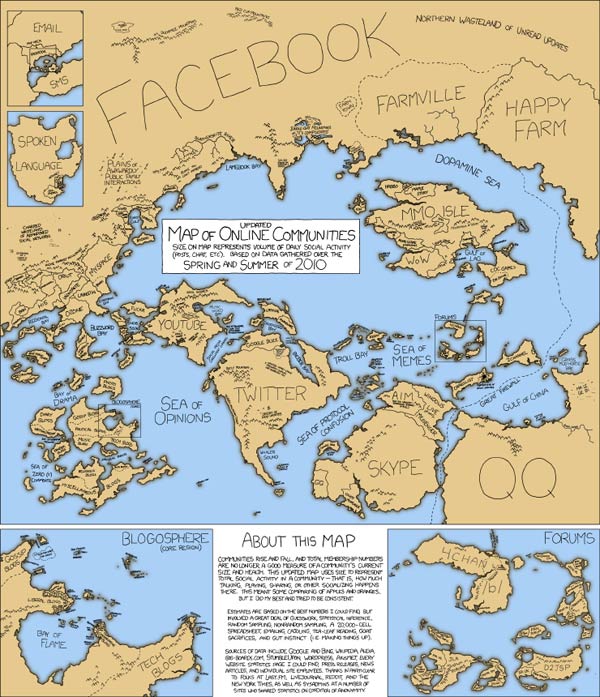 It’s probably best to view the map in its largest form here. You’ll be surprised at how many fun details there in there.