PS3 Move Controller Gets Jealous of Wii-Mote, Gets Silly Accessories Too

The Playstation Move controller has only been out for a couple of weeks now, and we’re already starting to see all sorts of goofy accessories, just like the Nintendo Wii did when it first came out. The guys at Hyperkin are already cranking out a bunch of these things in case you want to crap up your Move with some silly add-ons you’ll use for a game or two. 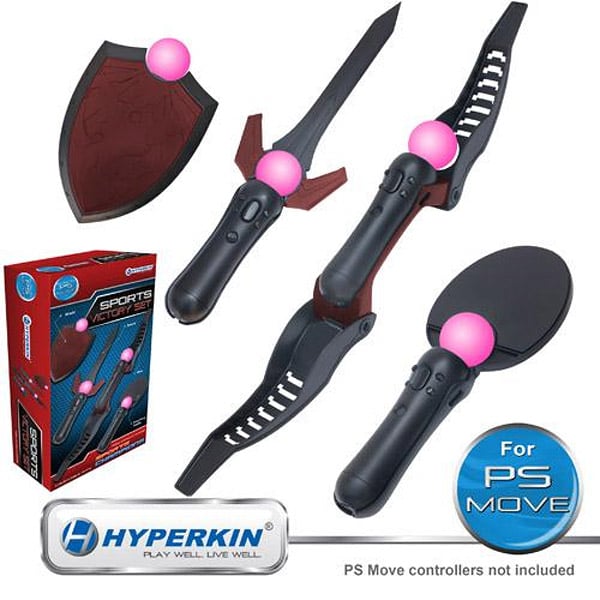 For starters, we have the PS Move Sports Victory set ($29.99 USD), which includes ping pong paddle, an archery bow, and a dagger and shield – just in case you figure out a way to play Zelda on your PS3. 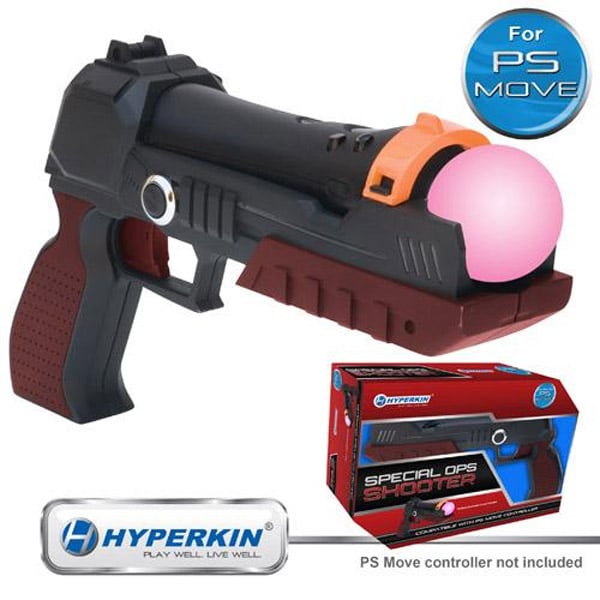 Slightly more appropriate for hardcore players is the Hyperkin Special Ops Shooter ($24.99), which makes your Move controller look a little more like a gun than the rather dopey looking official Move “Shooting Attachment” from Sony. It’s designed specifically for use with Move gun games like Time Crisis: Razing Storm, The Shoot!, and SOCOM 4: U.S. Navy Seals

Frankly, I think no matter what you do with the Move controller, that stupid light-up clown nose on the end of it won’t go away.