It’s design concept day here on Technabob, and here’s another cool idea which might actually get made. Designed by Scott Galloway, this 7R0N watch concept gets its inspiration from TRON. 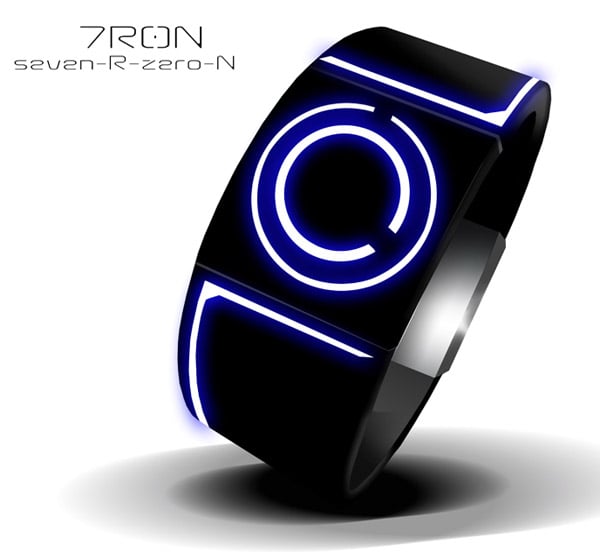 For starters, Scott’s 7R0N (Seven-R-Zero-N) watch just looks awesome. It would have an electroluminescent strap, and a bright blue LED watch face to really pop from the watch’s sleek black case and strap. 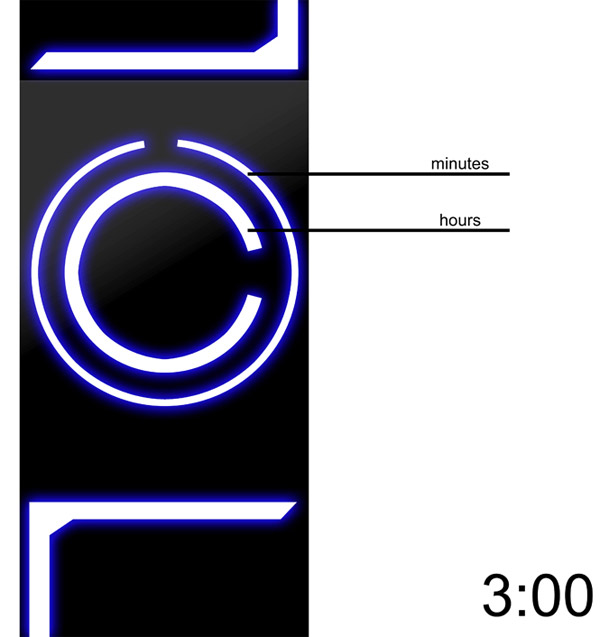 The face of the watch would tell time using two rings – with the outer one telling minutes and the inner one showing hours. It’s surprisingly easy to read compared to some of the cool high tech watches out there. And if blue isn’t your color, the 7R0N would be available in red and yellow too – each one representing one original lightcycle colors – although I don’t see a gold bike design in the line-up. 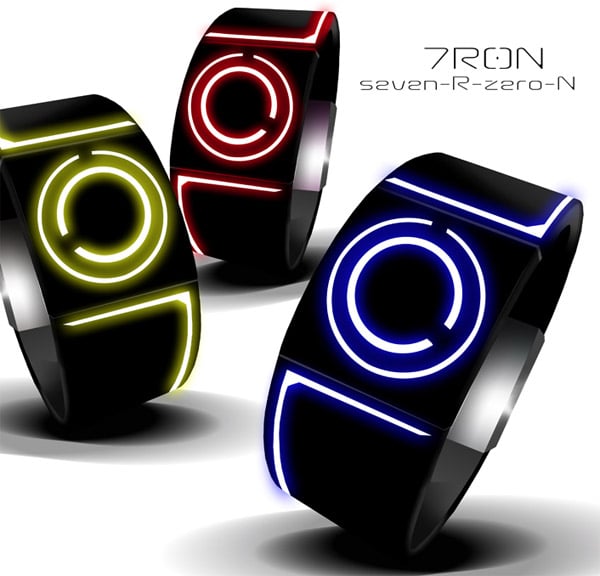 Scott has recently submitted his watch concept to Tokyoflash’s design blog, so if it gets enough votes, there’s a shot that it will actually be made, and we’ll all be walking around wearing these after TRON:Legacy comes out. Please, vote for this thing. Just don’t let Disney know – we’d hate for their lawyers to get a look at this and steal our lightbikes.