I look a good design concept as much as the next guy, but the designer of the iPhone Next Generation concept has balls bigger than an iPad to rip off Steve Jobs’ gadget. Samuel Lee Kwon, watch out for Apple legal ninjas and keep an eye on the mail box for the inevitable cease and desist that is coming your way. Apple’s ire aside, this is one awesome design concept. 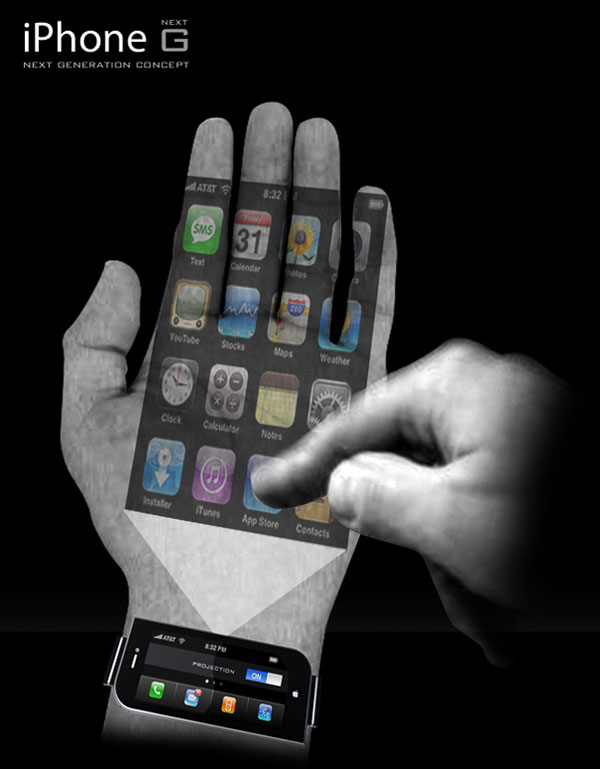 The thing has a small wrist worn projector that has a few icons of its own. The main body on the phone is projected onto your palm for you to interact with. As out there as this thing seems, it’s probably not too far out of the realm of things that Apple could pull off. That is assuming there was a decent pico projector with enough lumens to be seen in direct light. 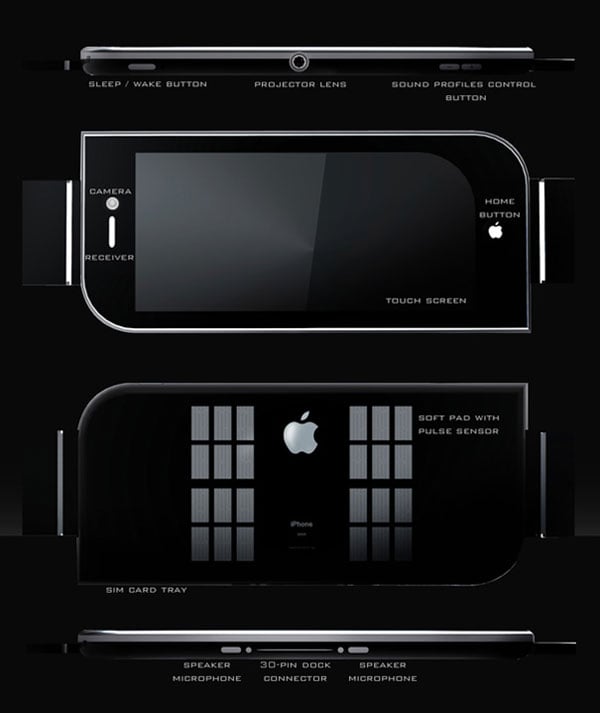 The main problem I see with this thing is that it would be pretty darn hard for ol’ Steve to whip this thing out of his pocket on stage seeing as how most of it is virtual. I think it’s pretty cool, but I see a few issues. You would ruin the thing washing your hands and it doesn’t look particularly comfortable.