Got an old N64 lying around? Well if you have the time, patience and talent, you could turn it into a modern-day PC like modder Polvorito has done. 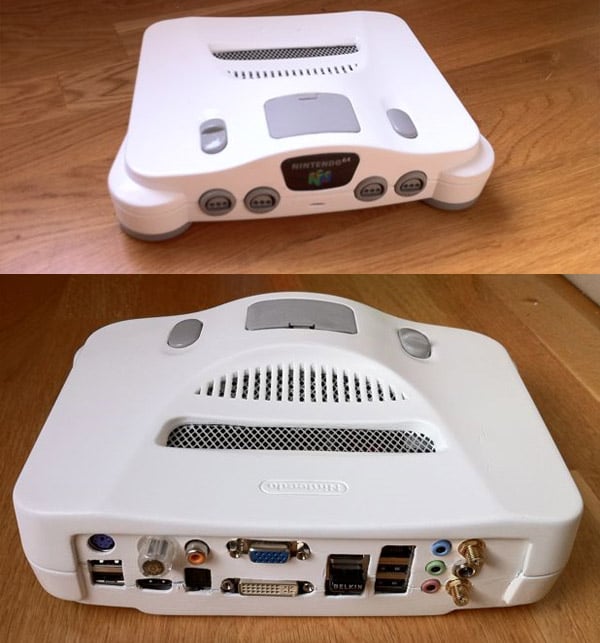 He picked up this old Nintendo 64 at a flea market for about 20 bucks, then gutted it to provide the shell for his new home theater PC. Since his main goal was to build a wireless PC for his living room to stream media and surf the internet from, he didn’t go for the most powerful computer, instead going for something that would fit neatly inside the chassis of the N64. 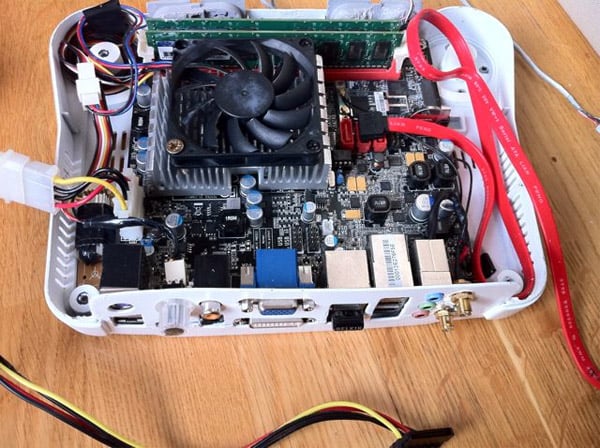 He decided to go with a Zotac ION ITX motherboard, which conveniently crams sound, graphics, CPU, GPU, Wi-Fi, and HDMI and optical outputs on a single compact board. It’s based on the nVidia ION chipset, and runs an Intel Atom N330 CPU. He wanted the box to be dead silent, so he even went with a 30GB solid state drive for storage. While he originally had hoped he could run fanless, he had to keep a small fan in there to prevent the CPU from overheating. Still, it’s way better than anything I could do.

Polvorito has actually installed OSX on the mutant N64, making it the first official Nintendo 64-based Hackintosh I’ve seen. You can check out the full work log over at The Best Case Scenario.