Fujitsu seems to be a staunch believer in the saying that more is better. The company showed off a dual-touchscreen smartphone concept at CEATEC 2010. Seeing it in action, it’s not that far out, allowing for portrait and landscape view via a handy “swing action” feature. 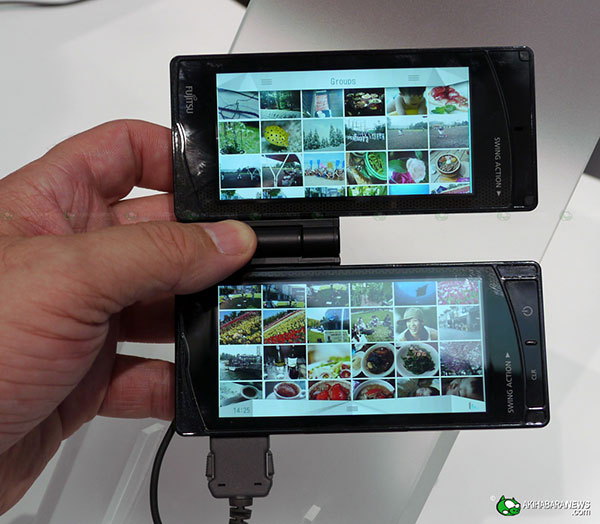 The screens are quite narrow, so landscape view is indeed the best way to make the most out of this phone.

Both screens seem responsive, but if I had this phone I don’t think I’ll ever get used to the huge gap in the middle. It would be better if the screens extended to the edges of the phone, and if you could split the phone in two for two-player gaming. I wish I owned a tech company.