Apple Patent Hints at Magsafe Connector for iPhone and iPad

I use an iPhone, but I am not a huge fan of Apple’s computers. I prefer Windows, but I will admit to being jealous of the cool MagSafe connector that MacBooks have. I have snagged my deckchair on the cord to my notebook before and ripped the thing off the desk damaging it in the process, so I can appreciate a breakaway cable. 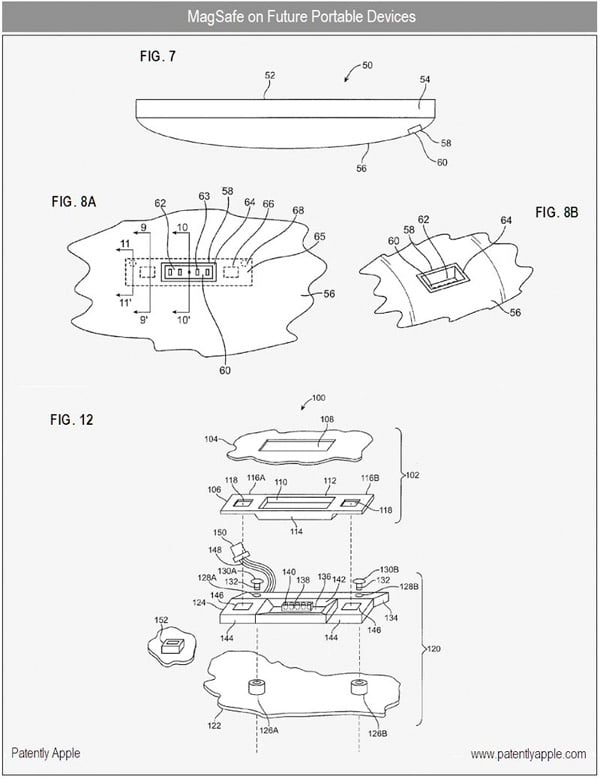 A new patent app has turned up that shows Apple is at least considering bringing the MagSafe connector to the future iPad and iPhone models. The MagSafe power adapter that the notebooks use only changes, and since the iPhone and iPad charge and sync through the charge port, the MagSafe adapter would need to be tweaked to handle this.

I would assume Apple could do that without much of an issue. The downside is that a change to this type of connector on the portable devices would mean no compatibility with existing accessories.