The most complex thing I ever built out of a set of LEGO bricks was a police station, and I did that following the directions. Real hard-core LEGO fans don’t need no stinkin’ instructions, and can turn their Mindstorms LEGO sets into robots that do things I won’t do for myself, like fold a t-shirt. 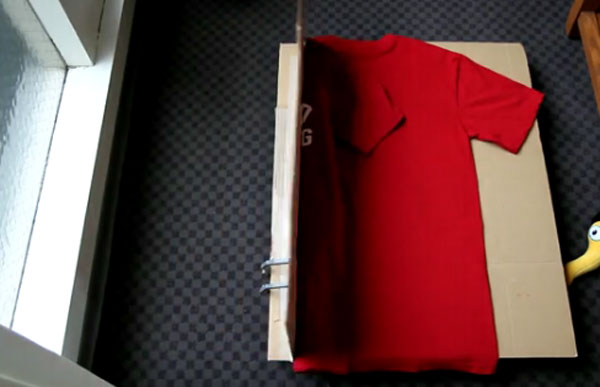 I am not the folding stuff up sort of guy. I tend to cram things in drawers so they come out looking like one of those packing noodles when I want to wear them. Sometimes you can’t even iron all the wrinkles out, but at least I don’t have to fold crap.

This LEGO ‘bot is interesting in that all you have to do is place your t-shirt on the flat cardboard box and hit a button. The robot then flips the flaps of the box and perfectly folds the shirt. It reminds me of one of those things the people who work in the clothing stores in the mall use to fold things, only this one is automatic.