If you own a notebook, you can look around some, and on one of the edges and you will find a little rectangular port that is called the Kensington lock port. That little port is also found on all sorts of other hardware including projectors and more to help prevent theft of portable gadgets. 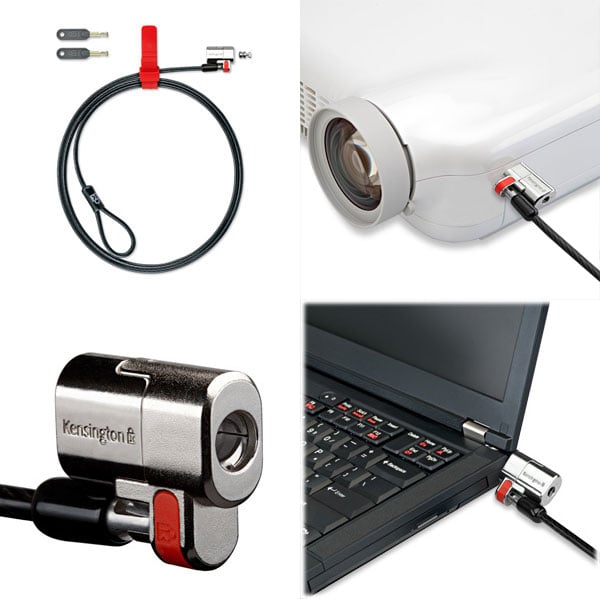 Kensington has unveiled a new notebook lock called the ClickSafe Keyed Laptop Lock. The new lock has a metal prong that is separate from the lock itself that inserts into the notebook. The lock portion is attached to a steel cable and simply clicks onto the locking nub placed onto the notebook.