Modu has unveiled the new modu T mobile phone that actually holds the current Guinness Record for being the lightest touch phone in the world. The thing is very thin and has a smallish 2.2-inch touch screen with 2GB of on-board storage. The thing that is really unique about the Modu offering is that you can put them into different jackets to modify the phone into other form factors.

The T, for instance can be placed into jackets that turn the thing into something you can strap on your wrist, a camera, and other devices. The phone supports the stuff we all expect today like social networking and text messaging as well as voice calls. 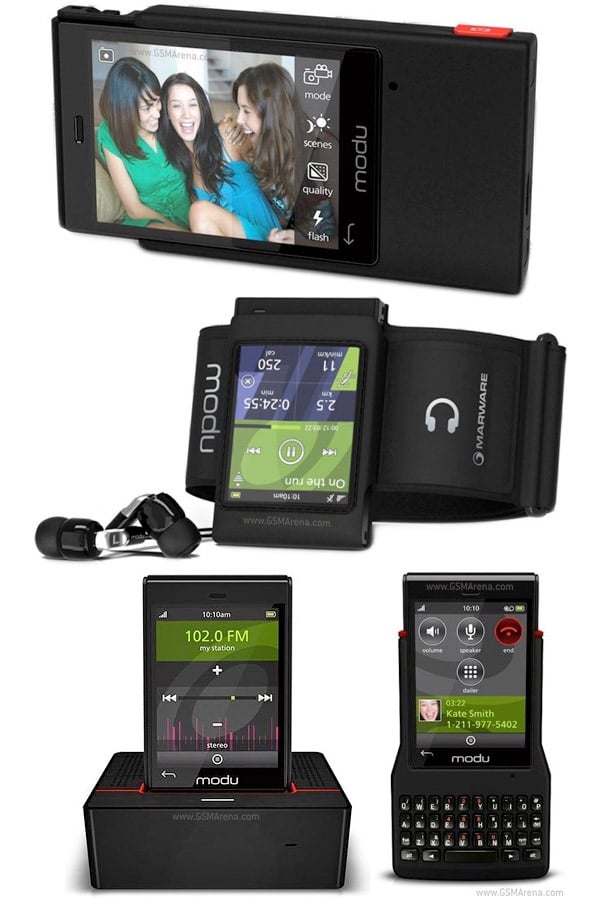 The smartphone operates on the Qualcomm Brew platform. If you are a heavy text user, one of the available jackets for the phone adds a QWERTY keyboard for faster texting. The QWERTY case appears to have a 5MP camera inside as well. I will say that the phone alone looks interesting, but it is feature stripped compared to other offerings unless you put it into one of the jackets and most of those jackets look tacked on and mess up the streamlined looks of the device.