Nokia N8 Costs $187 to Build According to Isuppli

One of the things that goes along with the geek’s morbid obsession to see new gadgets ripped apart is to know how much it costs the maker to build those gadgets. Once we know how much the things cost,we can look at how much they sell them to us for and start the bitching. One of the companies that is most prolific with estimates on gadget cost is iSuppli. 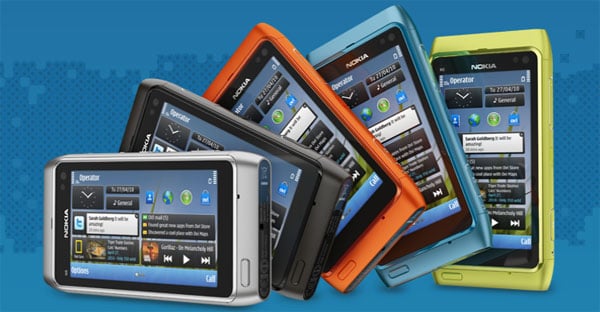 iSuppli has now offered up its estimate on how much it costs to build the new Nokia N8. According to the firm’s breakdown, the materials in the N8 cost about $187.47 (USD). That’s just 4 cents less than the $187.51 the firm pegs the materials cost of the 16GB iPhone 4 at. 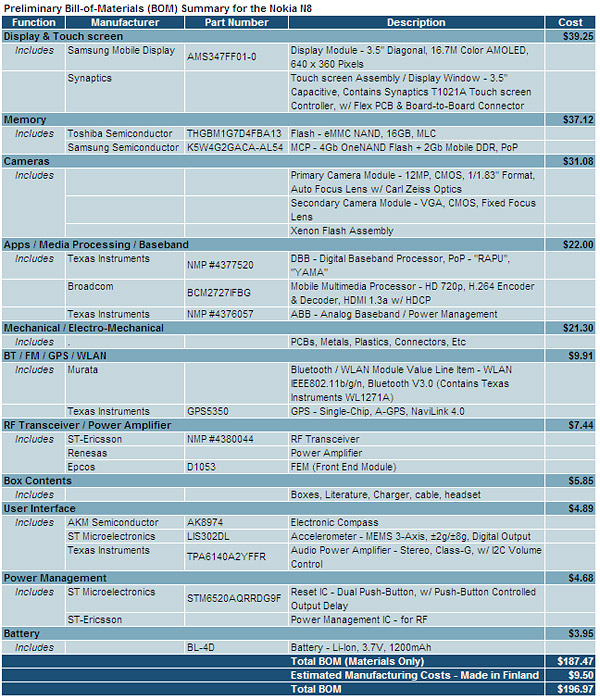 The most expensive component is the touchscreen with the AMOLED provided by Samsung costing $39.25. The 16GB of flash storage costs $37.12, the camera adds $31.08 to the bottom line, and the chipset for the OS operations is $22.

With an unlocked N8 selling for $549.00, it seems that Nokia is making a hefty profit, but I think the smartphone still has little chance of being a real factor in a world dominated by Android and the iPhone.