I didn’t expect Turkey to come up with its own Iron Man, but it looks like they did. It was created by a research team at the Sabanci University in Istanbul and is Turkey’s first humanoid robot. They call him SURALP, not Turkish Iron Man, which seems kind of a shame. 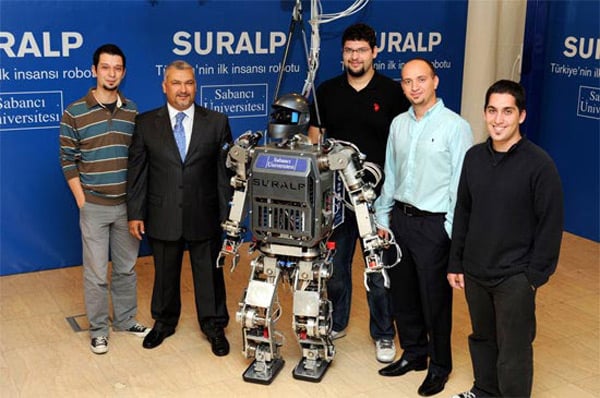 SURALP has been in the making for eight years and about $1 million has been spent to construct and design it. The humanoid robot first appeared in a press conference in Turkey, where he was kind enough to perform a little jig and answer a few questions. SURALP is actually an acronym,  Sabancı University Robot Research Laboratory Platform, and it stands 5’5″ tall and weighs 250 lbs.

As you can see from the video, he’s actually a little bit on the pokey side, but at least he can answer simple questions with a yes or a no, which is pretty cool in my book. However, there are currently no plans to turn his metal grippy hands into weapons.