Not content to just sit on a couch and play their Formula One racing game with, say, a force-feedback wheel, these guys put together their own homebrew motion sim. 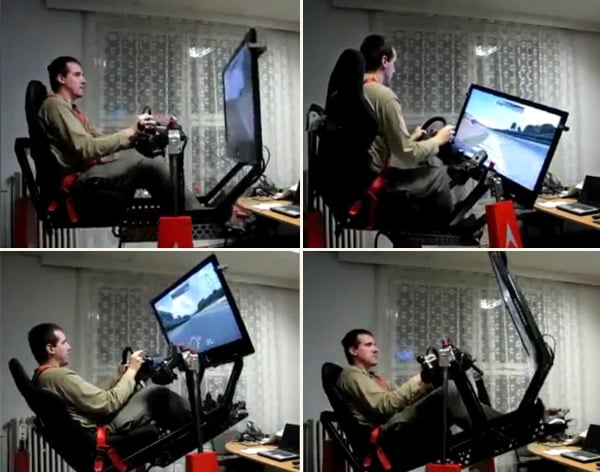 From the looks of the video clip below, they rigged up some servos and hydraulics and tied them together to respond to the movements of the steering wheel.

The whole thing looks like an awful lot of fun, but I don’t understand why the thing pitches and rolls so much on such a flat course. It’s almost like the movements are tied to how fast or slow he’s driving. I think it might make me throw up.

I think it would play much better with a game like Crazy Taxi or maybe The Deadliest Catch.