I am not a card person. I rarely read them if you send them to me and if you don’t send them to me I won’t think twice about it. There are some people who are card people though and if you are the sort of card person that likes to send them, you need to get some of these awesome Mechanicards to give out.

These things are so much more than just a greeting card; though they can be mailed anywhere you want to mail them. They are actually intricate kinetic sculptures created by an artist named Brad Litwin. Each of the cards is signed by the artist and they all have little cranks you rotate to make them work. 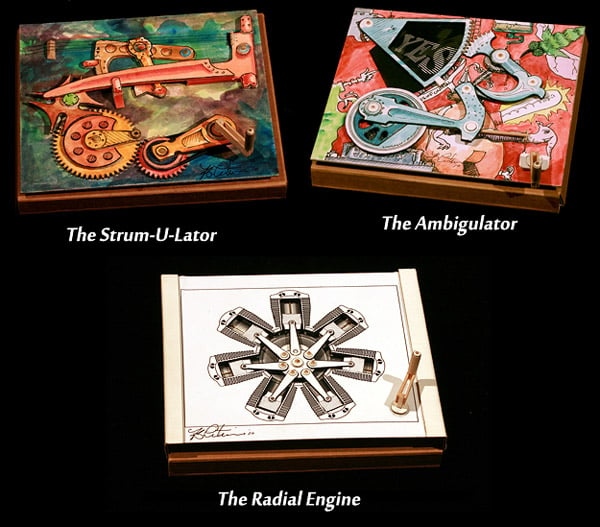 They are mostly made of paper, but do have some metal and plastic in the construction. The available cards include The Radial Engine, which is sold out with more coming later. Starting in November new cards will include The Ambiguator and The Strum-U-Lator. In December, the Dragonfly Surprise will launch along with the Yike-a-cycle. The video below shows off the MechaniCards in action…