ThinkFlood’s RedEye adaptors are popular alternatives to dedicated universal remotes. Just plug them into your iOS device and download the RedEye app and you’re good to go. On it’s own, the RedEye adaptor will work with most home theater appliances, but not with the PS3, because the console doesn’t have support for infrared controllers. That’s where the RE-BL X adaptor comes in. It converts IR signals to Bluetooth, which the PS3 can understand. Chain an iOS device, a RedEye adaptor, a RE-BL X and a PS3 and you’ve got a 4-hit home theater combo. 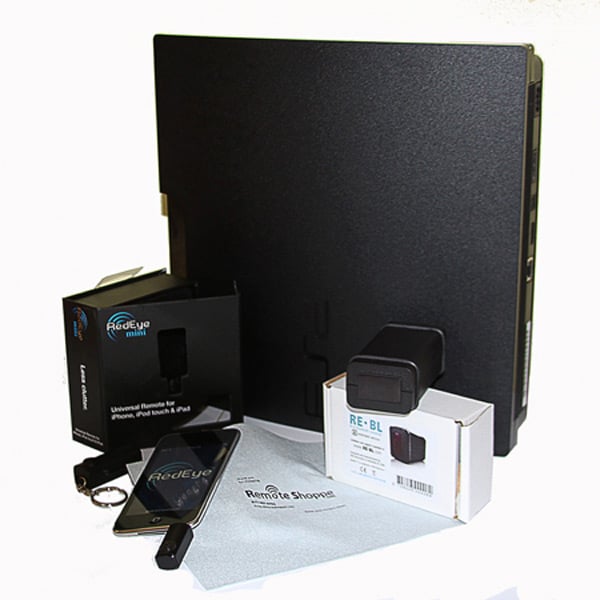 If you already have a PS3 and an iOS device but not the RedEye and RE-BL X, you’re in luck, because you can buy the two as a bundle at Remote Shoppe. The bundle contains a Red Eye Mini (the stick-shaped device that’s plugged into the headphone jack of the iPod Touch in the picture), the RE-BL X and an adaptor for the RE-BL X, all for $100 (USD). You can also purchase each device separately at Remote Shoppe, but you’ll save $28 if you get the bundle. Of course, if you’ve got a better idea for controlling your PS3 on an iPhone, iPad or iPod Touch, share your tips in the comment section.