It’s the ultimate alien artifact – the Firstborn’s computer and servant. It can teleport, replicate, and send radio and magnetic waves. It can kill. It is the Monolith. 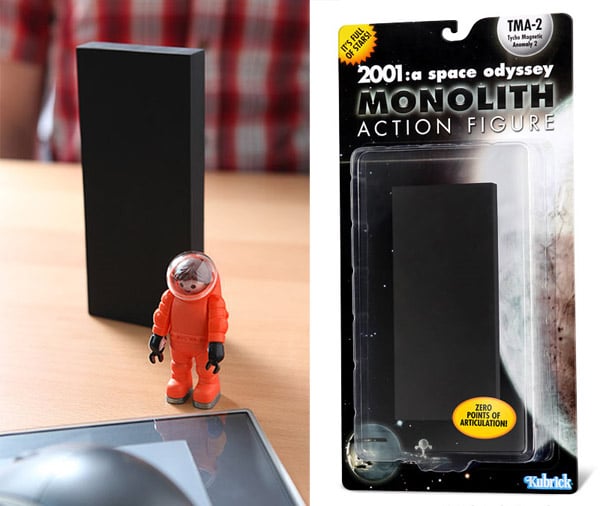 Except for its size, this action figure is a perfect replica of the Monoliths that appeared in the classic movie 2001: A Space Odyssey, from its blackness to its rectangularity. It rocks. It sits and just is. Get one now from ThinkGeek for only $13. You never know, it may help you evolve. Gah. Got April Fooled in October. Still, ThinkGeek has turned fake products into real ones before, so gather your fellow apes and vote for the Monolith (and other April Fools products) to be made.

A Portrait of the Mountain