Purists out there may not like this statement, but I cared nothing for Star Trek until TNG came on TV. I was hooked from the get go and watched just about every episode and movie the cast made. I like Jean-Luc Picard much better than any of the other captains in the Star Trek realm. After all, Picard gave us the infamous face palm image anyone who has posted something stupid online has probably seen. 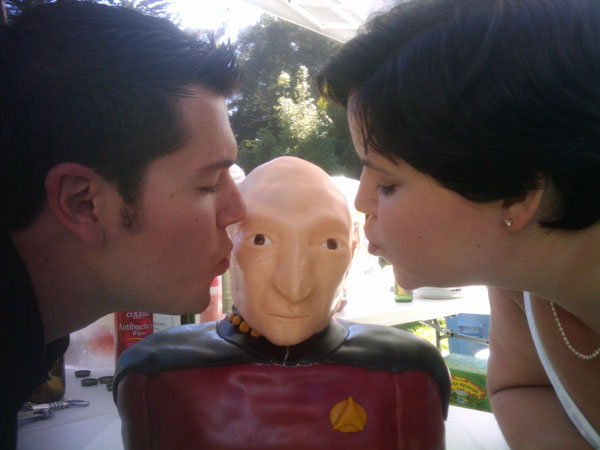 As the story goes, a dude was married this weekend to a girl nice enough to let him have the world’s geekiest groom’s cake. The cake was an edible bust of Jean-Luc. Granted the bust doesn’t look exactly like Picard, but it’s awesome nonetheless.

I know my wife would have just given me “the look” had I said I wanted a Picard cake at our wedding. Any married guy or engaged guy or guy with a lady knows “the look” well enough. The real question here is was the cake chocolate or white? I hope he kept the head to eat on the first anniversary.