Just a day after Apple’s reveal of their new MacBook Air, the guys over at iFixit have already done their teardown of the 11.6-inch version, splaying the guts of the 21st-century aluminum marvel for all to see. 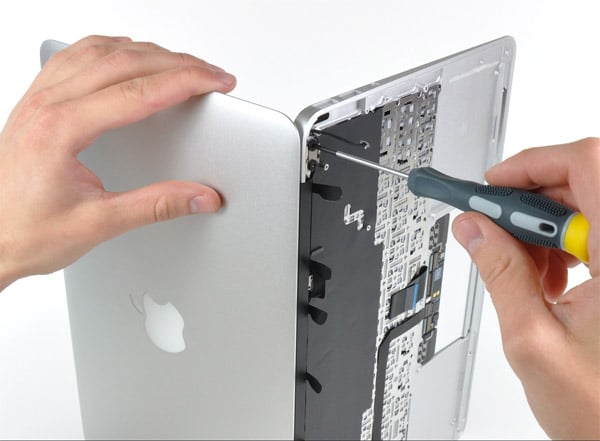 According the iFixit crew, Apple made this model much harder to get into than past systems, using special proprietary 5-point Torx security screws to hold the bottom part of the case on. But that didn’t stop them, nope. They got inside and exposed all the inner workings of this marvel of modern manufacturing.

Highlights of the system include the meta-battery module, comprised of six individual Lithium-polymer cells – arranged just so – and keeping things really flat. They also get a good look at all that glorious, fast SSD storage – courtesy of Toshiba, and confirmed that the Broadcom Wi-Fi/Bluetooth chip is the same one from the latest MacBook pros. 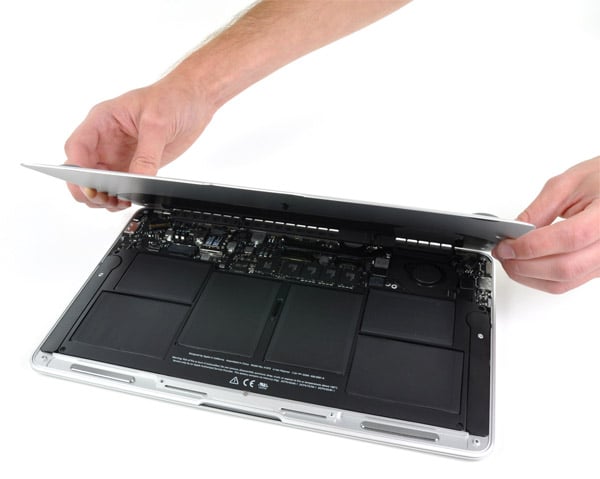 They also found an incredibly flat little fan used to keep things nice and cool in that jam-packed case, as well as equally tiny stereo speakers. And here’s the money shot… 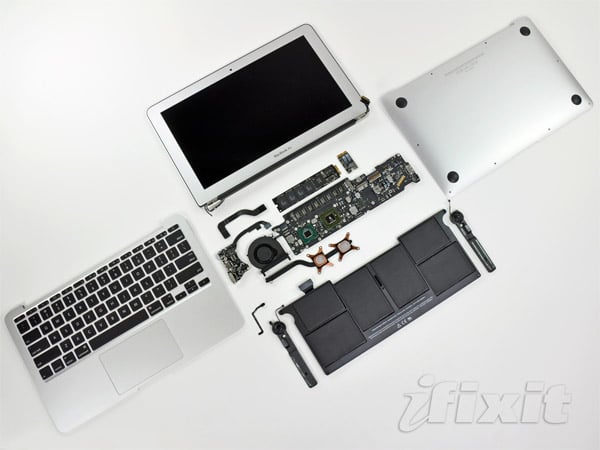 One big gotcha they discovered – the system RAM is soldered to the mobo, so you’d better go for the 4GB model right up front. There’s no way to upgrade the 2GB version due to this limitation. Their main conclusion – everything other than the SSD unit in this little bugger is custom, proprietary and non-upgradeable. But that’s all a small price to pay to have the coolest notebook on the block, right?

Be sure to head on over to iFixit for all the gory details of the teardown process, along with many more pics.