Halloween tends to bring out the best in some geeks – whether they are creating awesome costumes or carving pumpkins that make me weep at how lame my jack-o-lantern is. I ran across some cool pumpkins that have been carved to show off the hotties and notties of the Star Trek universe today. 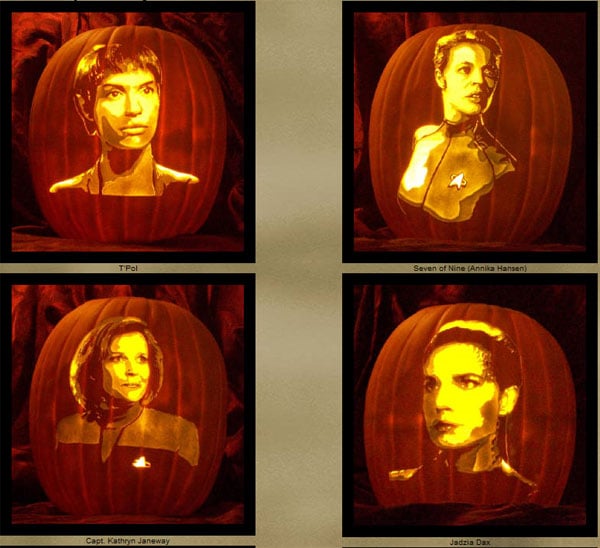 I think we can all admit we had a thing for Seven of Nine, she was the best part of the show and she even looks good on a pumpkin, as does T’Pol. Speaking of T’Pol I saw that actress on a different show with long hair and it took me 20 minutes to realize who she was.

I have already talked about some of the cool pumpkins for Halloween over the last few weeks and the best thing about these things are carved on those fake crafting pumpkins so you can use them year after year. You can order them up starting at $90 each.