Farmville Crops Up on iPad

There are a few things that I don’t get in life. Things like why your wife complains about one of her friends, but if you do it she gets mad. Another thing I don’t get is Farmville. I am a gamer, and have been since I was old enough to rotate a Pong controller, but Farmville seems about as much fun to me as a trip to the dentist or a swift kick in the balls. 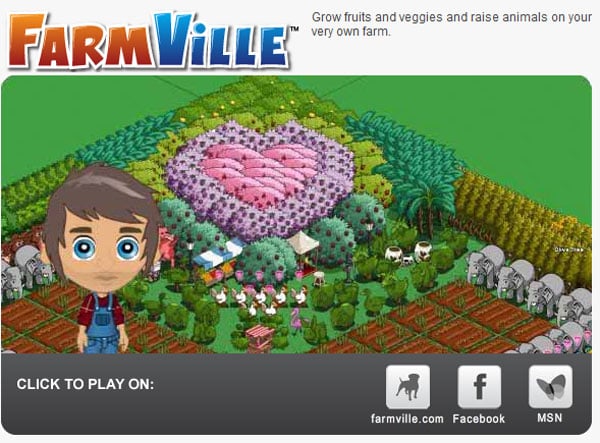 My wife on the other hand loves Farmville and spends more time on that game than she does working. She was all excited when the game landed on the iPhone since she could harvest crops anywhere. I’m not going to tell her the game is now on the iPad or I will never get my iPad back.

The game lets players who already have farms access their existing farm to harvest and do all that other boring stuff the game offers, like wait for things to grow and arrange plants. New players can start a farm and the graphics and interface are improved specifically for the iPad according to the company.

If you really must play Farmville on the iPad, you can download it right now free at the iTunes App Store.