Despite all the buzz, there are still less than a handful of decent tablets on the market today and the iPad is dominating the sales in the market. There are some folks out there who are waiting to buy a good tablet running Windows 7 to hit the market. If you are one of those hoping one lands in time for Santa to stick one the tree, Fluid Computer Systems has something for you. 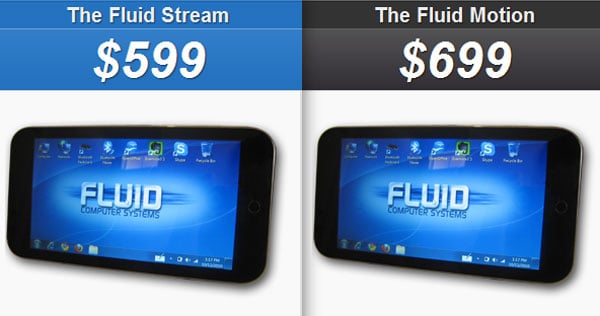 The company has announced that it will have 1000 of its new Windows 7 Fluid Stream tablet computers available to ship in time for Christmas. The tablet has a 10.1-inch multi touch screen, Atom processor, 1GB of RAM, 160GB of storage, and packs in WiFi as well as Bluetooth.

The machine has a 100% money back guarantee that it will ship in time for Christmas and will cost you $599 (USD). The Fluid Motion is the same tablet, but adds 3G connectivity and is priced at $699. The Motion won’t ship until February of 2011. Both machines can be pre-ordered right now.