This new t-shirt design comes courtesy of designer/illustrator Riccardo Bucchioni and I have to say that it’s a pretty funny one. It’s called Know Your Nerds and it’s available on Threadless for 18 bucks. 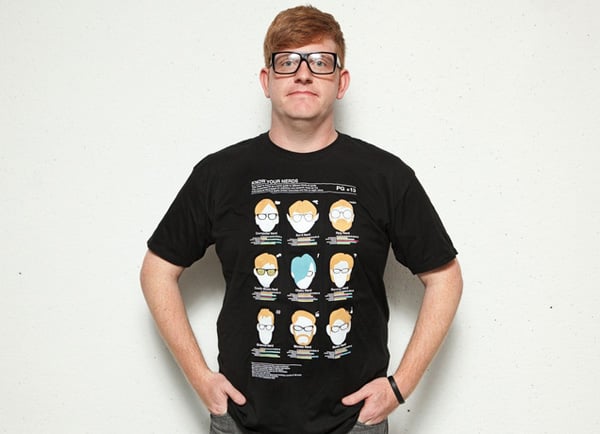 Riccardo states that it’s a sort of guide to all nerds for the people who don’t know much about them. The diagram includes breakdowns of each nerd class and its strength, intelligence, magic, knowledge, science levels (and hair styles). I love how all of the nerds, except of the otaku nerd, have ginger hair. 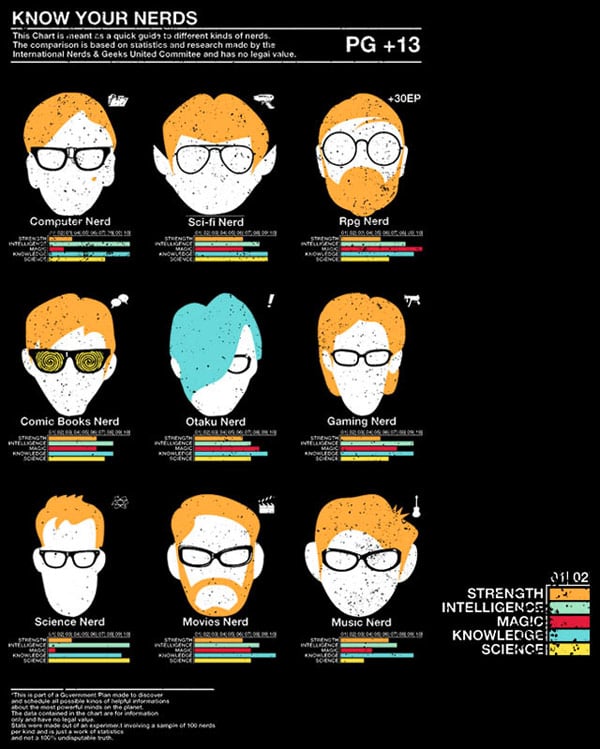 What do you think? Will you get one? I think that it’s a pretty funny t-shirt. You can also get it printed on a hoody if you want something warmer, but with the same nerd-appeal.