I am not one of the drivers that tend to habitually speed so I don’t keep a radar detector in my car. My dad on the other hand has a radar detector he has used for years and each time I am in the car with him the thing drives me crazy beeping for no reason. He has that radar detector and a GPS device on the dash and it looks really crowded. 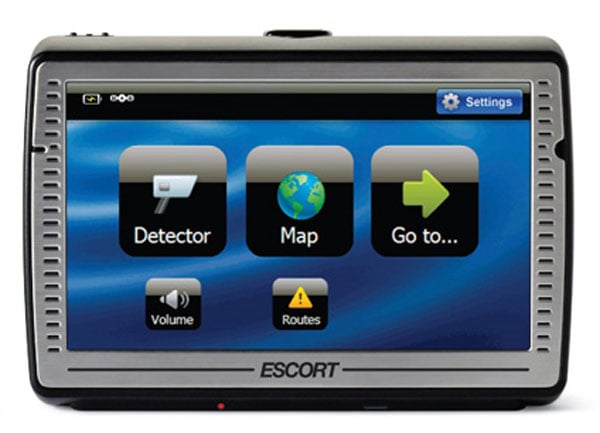 Escort has been making radar detectors for a long time now and the company has unveiled a new device that it claims to be the world’s first fully integrated driving accessory with both radar/laser detection and navigation – the Passport iQ. The GPS device offers what you expect with a moving map, POIs, and turn-by-turn directions.

The radar detection portion functions even in map mode and will detect and learn any type of radar, and also offers multiple laser sensors. It also has a database with locations of speed cameras, red light cameras, and speed traps loaded up. The iQ is available right now to purchase for $649.95(USD), and it works with Escort’s line of radar detector accessories.