LED Jack-O-Lantern: the Geeky Way to Scare People Away

Halloween is almost upon us, and the tech geeks aren’t above trying to make Jack-o-lanterns scarier – or at least geekier. How about this? Installing a 70-LED matrix into a Jack-o-lantern to scare people away with blinking lights. 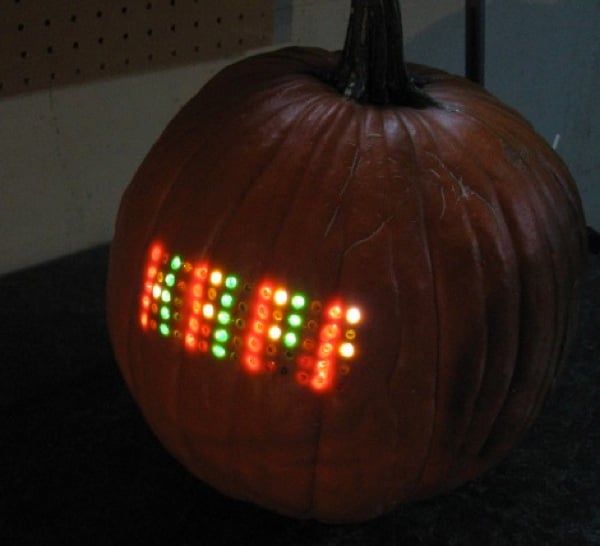 It’s definitely a cool way to welcome trick-or-treaters this Halloween. DIYer Mike Szczys installed this marquee that he made from a 5×14 matrix of LEDs. They were spaced out by printing out a grid on his computer, which he then taped to inside of the pumpkin, which he drilled 70 precisely placed holes into.

It’s looks like a lot of work, but I have to say that it looks awesome. What will you do to scare trick-or-treaters?