Joust Costumes: 2 Can Play at Once

I love Halloween. While I haven’t gone trick-or-treating in like a million years, just getting to see the creative costumes that geeks come up with every year makes me grin from ear-to-ear. 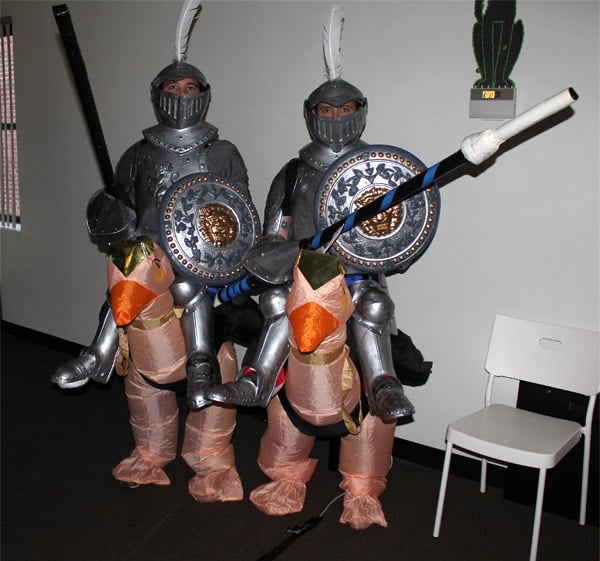 As you can see from the picture above, a couple of guys decided to go to their Halloween party dressed as the knights from Williams’ arcade classic, Joust. I can honestly say it’s the first time I’ve ever seen Joust cosplay, even though the game came out nearly 30 years ago. Here’s a screen grab for comparison. 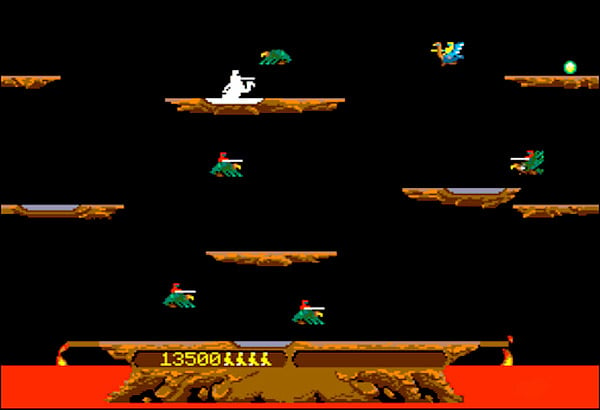 They just needed a couple of guys dressed up as green eggs, and a floor covered with molten lava to complete the look, don’t you think? Maybe next year.