Summit of Mount Everest Gets 3g Internet Connectivity, but I Can’T

Apparently, climbers of the world’s tallest mountain can now get 3G web connectivity on top of Mount Everest. The peak is 17,000 feet above the surface of the earth and it’s so high up that most folks need extra oxygen to be able to function. This really pisses me off. 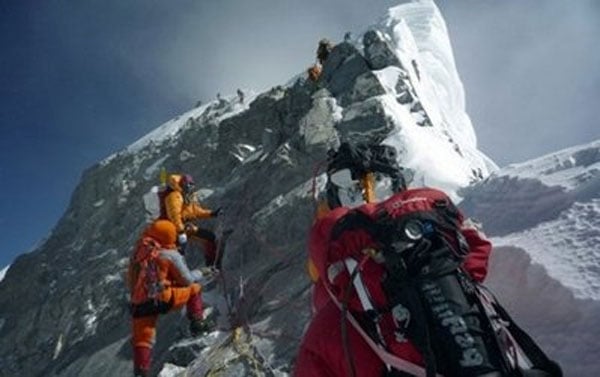 The connectivity is courtesy of a base station that Swedish provider TeliaSonera set up near the village of Gorakshep in the Everest region. The thing that pisses me off about this is that a person in one of the most inhospitable environments on the planet can get 3G.

YET, AT&T can’t get its shit together well enough to give me reliable 3G coverage five miles outside of the largest city in this area of Texas. The new 3G connection for Everest means that climbers will be able to call for help if they get in trouble rather than relying on satellite phones, plus they can Tweet about their frostbite.