One of the favorite flicks of my youth was Robocop. Sure, the second movie kind of sucked, but I’d buy the original for a dollar. The premise was out there for the time when it came out but it’s a geek classic right up there with TRON in my book. So when a dad and his kid were looking online for ideas for a robot Halloween costume, this is what they came up with… 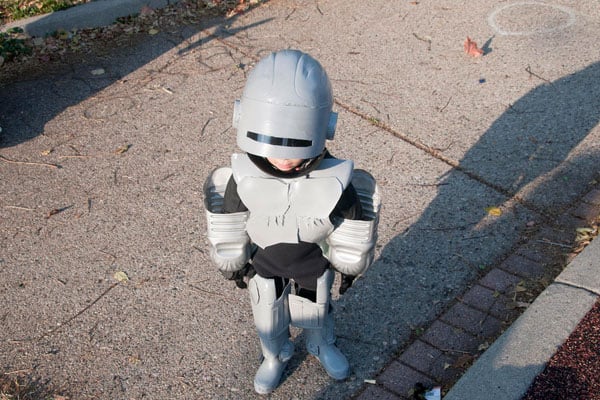 The kid picked Robocop making him a cool tot in my book. Pops set about making the costume and the finished product looks cool. The funny part is that they happen to live in Detroit so they set out to rid the city of the criminal cancer it suffers from. 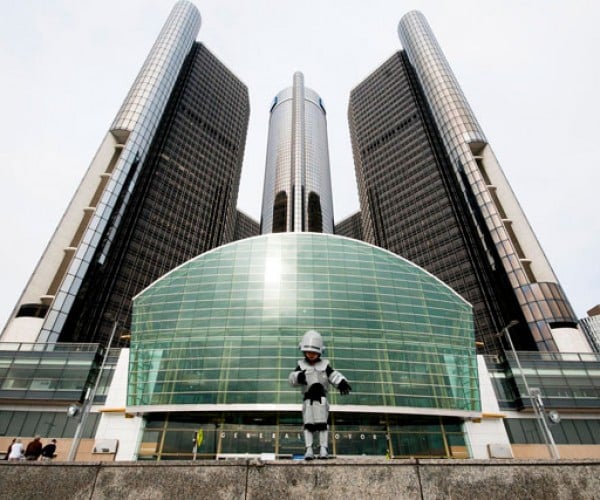 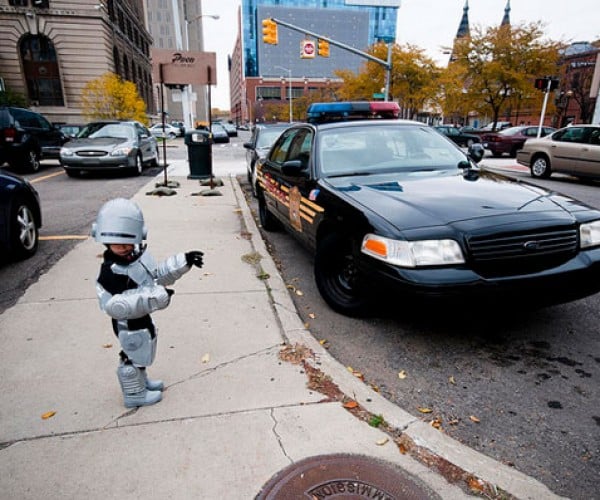 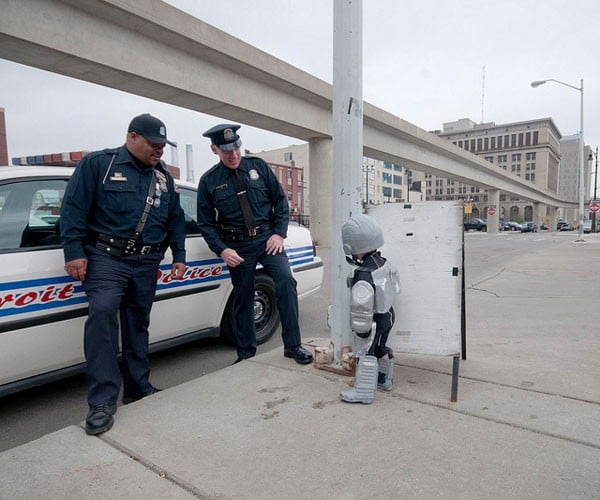 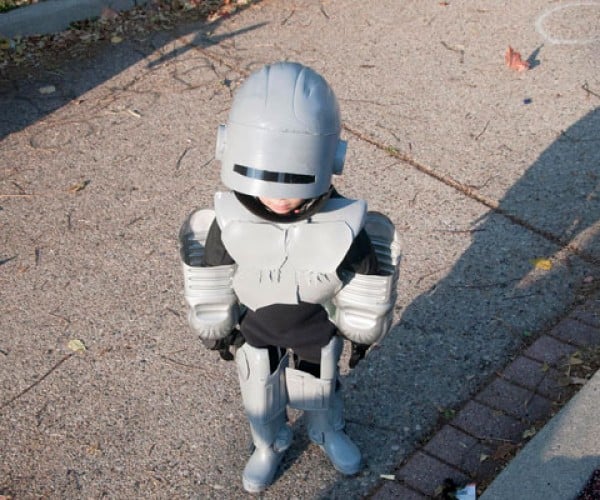 I think one of those cops in the photos is handing the kid a donut. As it, turns out the cops the kid was talking too were security for a TV show filming in the area and someone on the crew actually knows Peter Weller and sent him a pic of the costume. Epic.