C-3PO Rap: Those Aren’T the Droids You’Re Listening for

sQren over at the Star Wars The Old Republic strategies site dug up this little gem while he was rooting around through some old VHS tapes at his parents house. 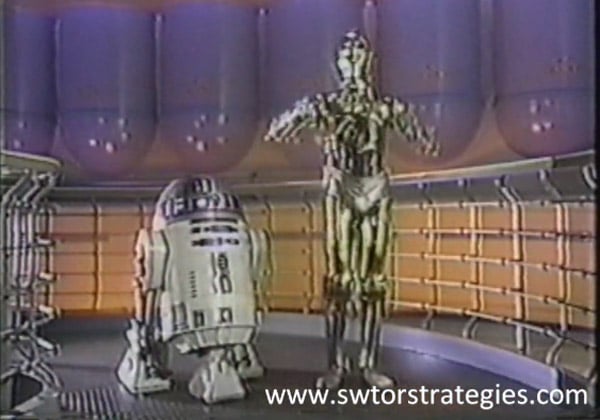 You see, it turns out that C-3PO knows how to rap – if you can call it that. R2 backs him up with some beeps and blips too.

Looks like this ridiculous clip was from a 1987 promo for Disney’s Star Tours, starring timeless actors Gil Gerard and Ernie Reyes, Jr. For some reason it reminds me of that time the Mr. T rapped about his mother.