Seriously though, this is impressive stuff. John Salvo, who together with a friend made a couple of iPhone 3GS costumes last year, took the next step and built himself an iPhone 4 costume, complete with a 40″ LCD touchscreen panel. The costume is linked to a jailbroken iPhone 4, and Salvo managed to make the phone respond to user input from the huge display. 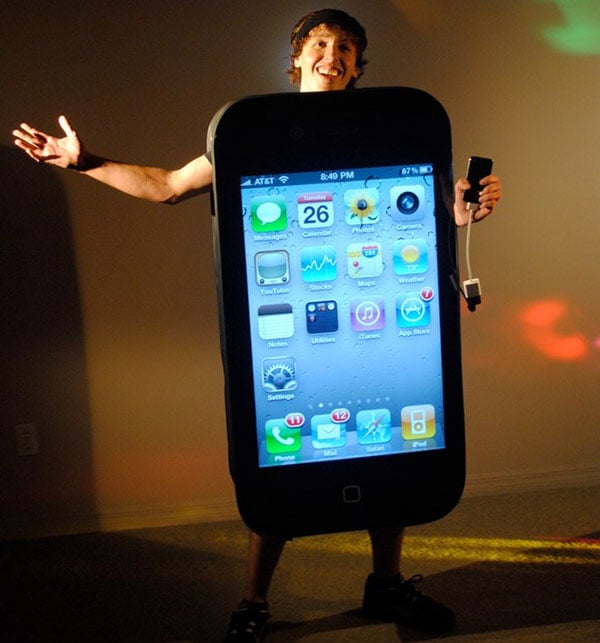 As if that wasn’t enough, the costume also has a rear LED light, right where the LED flash on the iPhone 4 is.

I don’t know what’s more impressive – the fact that the iPhone can be controlled via the actual attached iPhone, or the fact Salvo is willing to carry 75 lbs. of gadgets just for show. Maybe next year he’ll take it easy and just go as an iPod Nano.